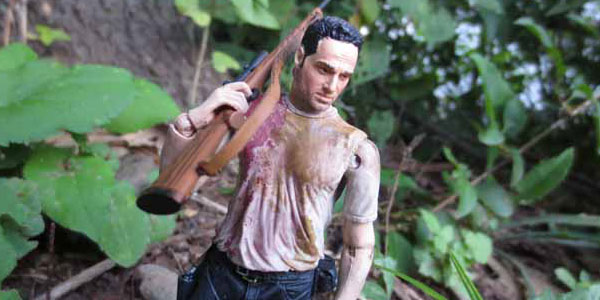 Rick Grimes makes his way back to toy shelves thanks to the latest Walking Dead exclusive figure from McFarlane Toys.

We haven’t seen The Walking Dead star Rick Grimes in an assortment of action figures since TV Series 2, back in late 2012.  With the show coming back, and a new series of figures about to hit stores, it seems like the perfect time to re-release our hero, and McFarlane Toys has done just that.  The new Rick is being included as a sixth figure in the upcoming TV Series 4, and is exclusive to Walgreens (?!?).

I guess calling this Rick “new” is something of a misnomer– the deputy features the same body as the Series 2 figure in his stained t-shirt, jeans and cowboy boots.  But he includes the much better Series One head, which features no hat and a strong likeness of actor Andrew Lincoln.  Rick comes packed with his revolver, a rifle, a walker-catching snare and an alternate set of hands to change up posing options.

The paint on this figure is hit or miss, and has been called a step down from the past few series.  I found a good one personally, although the store I bought him at had about six others that were less good looking.  There’s definitely some variety among thickness of the paint on the face, and the denser that application is, the less like Lincoln the figure looks.  I’m very happy with the portrait on mine, especially since the blood and dirt stains on the shirt and the dirt wash on the arms and neck on my figure were also well handled.

At only $13.99, this Rick feels like a good value for completists of the collection, and an even better value for any newcomers to the toy series who don’t want to spend high prices on the secondary market for one of the earlier Rick figures.  It looks as if some Walgreens have also been carrying the other Series 4 figures, such as Carl, Andrea and The Governor, all for the same great $14 price tag.  If you’re a fan of The Walking Dead and want some new survivors and walker on your shelf, head to your nearest Walgreens! 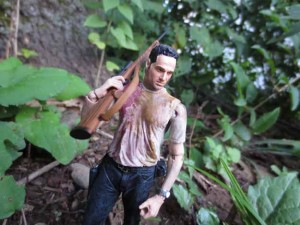 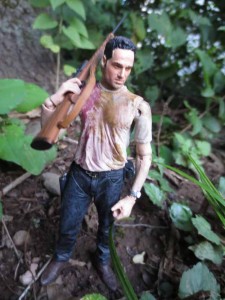 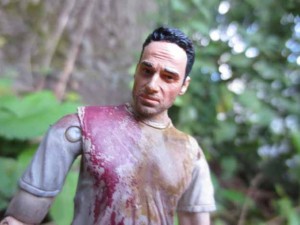 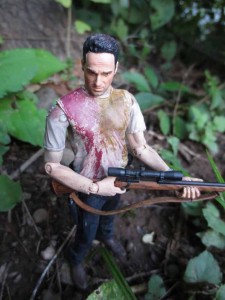 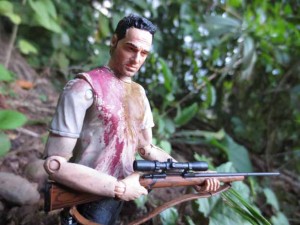 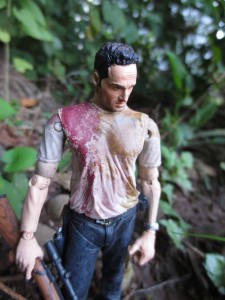 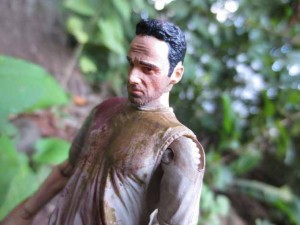 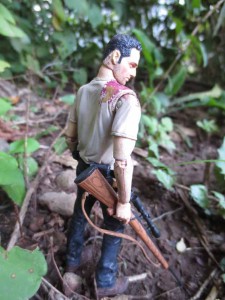 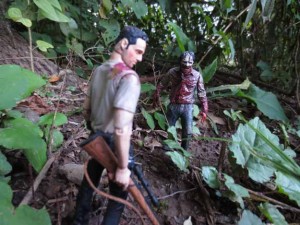 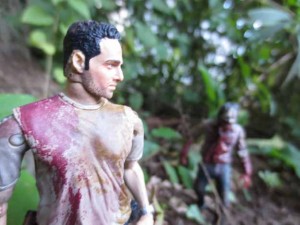 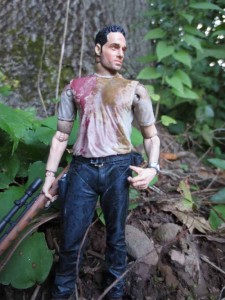 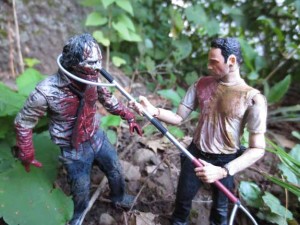 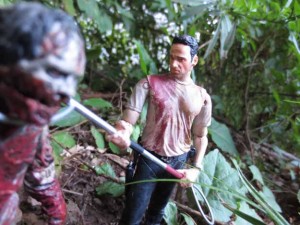