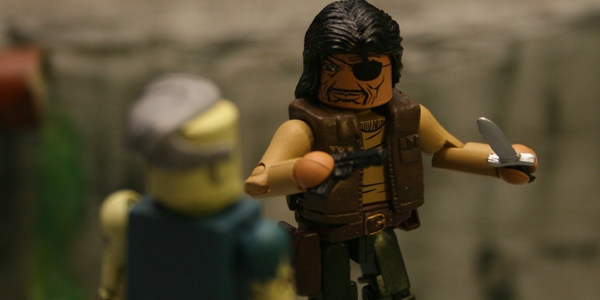 The Walking Dead Minimates gives fans of the horror comic a great mix of humans and zombies.

Wave four of the The Walking Dead Minimates from Diamond Select Toys, offer fans some great versions of the human characters and some amazing zombies.

This wave includes Rick, Michonne, and two versions of the Governor. You get a pre-Rick and an armless riot gear version of the Governor. The figures are different enough to make it worth getting both versions, with unique expressions on each of the heads. There is also an extra head for a pre-eye loss Governor, which looks almost nice and welcoming. Michonne includes her classic cloak, and under that, a vibrant 80’s outfit that only she could pull off. She can’t really do much when the cloak is on, but when off she can hold her famous katana. The final human in the set is Rick, leader of the group of survivors in the zombie apocalypse. He is dressed in his sheriff’s uniform, and has a bandaged right arm. This version could be a considered the definitive version for fans of his look post-Governor encounter.

The zombies are also a great mix, worth the price of the two packs. Included in this set is the broken jaw zombie, skinned biker, shotgun blasted walker, and the decomposing guts zombie. Of all the zombies the shot gun version is my favorite. The torso under the chest piece is made from clear plastic giving the illusion that the bullets have passed right through the zombie. Each offer something different, and with the ability to mix and match parts there are endless possibilities for your zombie hordes. 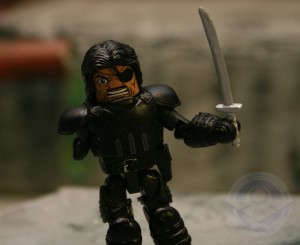 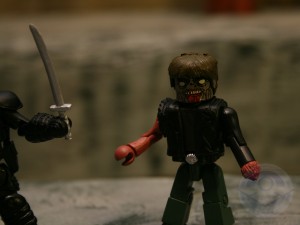 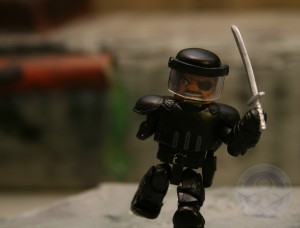 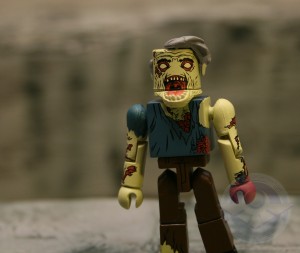 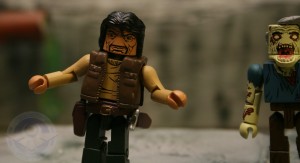 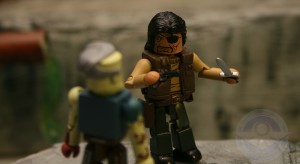 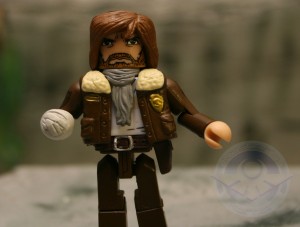 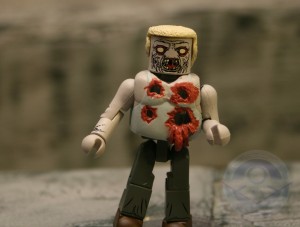 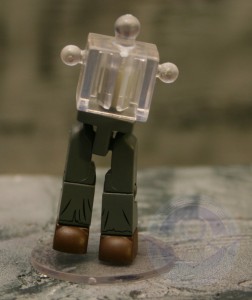 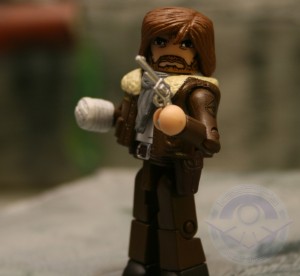 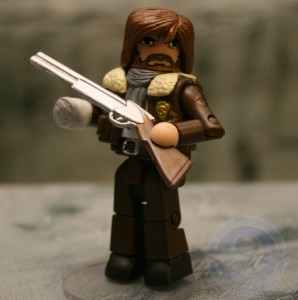 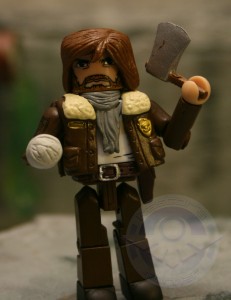 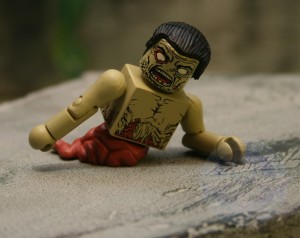 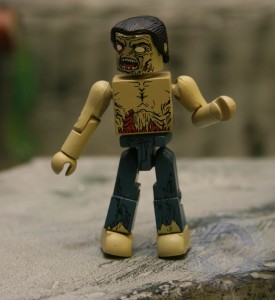 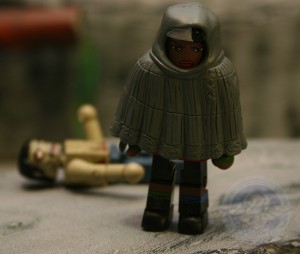 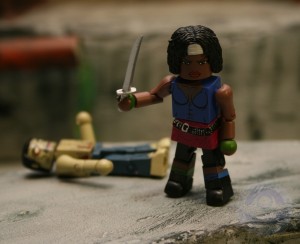