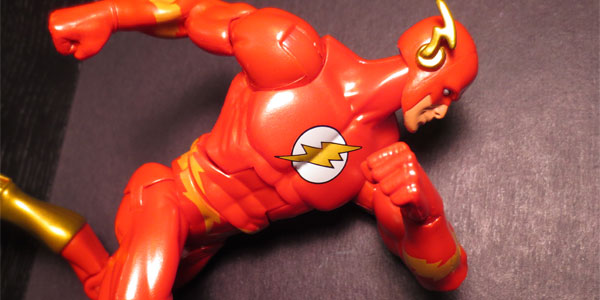 It took a while, but Wally West’s Flash finally races into Mattel’s DC Universe.

There’s a few key corners of the DC Universe that Mattel has taken their time to include in the over-arching DC Universe collection.  Ironically, one of the character sets they have been slowest to release are the various Flash figures… although the last major iteration among the fastest men alive has finally hit as Wally West is the May edition of Club Infinite Earths. 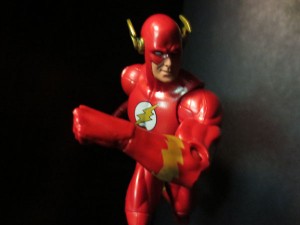 Wally has always been my default Flash– his assuming of the mantel after Barry Allen’s iconic sacrifice in Crisis was a cornerstone of DC when I was a kid, and employing Barry’s former sidekick to take over was, at the time, an unheard of genius idea.  Wally’s costume kept the same core iconic design, with only minor tweaks and enhancements whose subtlety was welcome, especially in the visually aggressive landscape of 90s comics.  And Wally West’s Flash managed to maintain the balance between being a traditional hero while remaining contemporary for his day, thanks largely to the stellar book run by Mark Waid.

So between the long wait for him to make his Mattel figure debut and my rather large stock in the character, Wally has been a must-have all along… When he was announced for the 2013 Club Infinite Earths subscription, he justified the purchase in and of himself.  And despite some odd design shortcomings, the end result of this long, anxious wait has paid off. 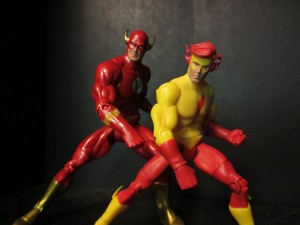 Flash poses some unique challenges as an action figure, for many of the same reasons Wally-s transition in the comics worked so well– his entire look is quite similar to Barry Allen’s classic, Silver Age Flash design.  Mattel handles most of the costume upgrades well on the Wally figure– his new headsculpt sports the white eyes and larger fins on the sides of his mask, and his subtle grin appears more confident and less warm than Barry’s neutral expression, which fits the character well.  His costume details, such as the lightning bolt trim and chest emblem, are redesigned to their accurate more extreme shapes, and since the line work is all paint work, they remain smooth and crisp. 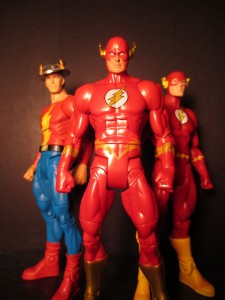 The figure’s color pallet changed, as well, making Wally look more unique from Barry, with a deep pearlized red for his costume and gold for the trim.  The gold works great, making him comic-faithful while standing out from his fellow flashes.  The pearl red isn’t quite as effective– yes, it once again makes Wally look individual on the shelf, but in the comics his upgraded suit always seemed more metallic than pearlized.  The shiny finish adds a nice textured appearance, but I can’t help but imagine how much cooler Wally would look with a hot rod metallic finish instead.

Wally includes no accessories (not that he’d really need many), although as with all running figures especially, a stand to keep him upright would have been a welcome addition.  Being a die hard Wally fan can be a double-edged sword– my devotion to the character could help me gloss over any of its shortcomings, but my fanship would also make glaring screw-ups all the worse compared to a character I cared less about.  I’m glad that, overall, Wally falls into the former category, if anything… the red of his costume still seems like a weird choice, but enough attention was paid to him to make him feel truly unique from the rest of the DCU Flash figures, and a welcome addition to that lineup. 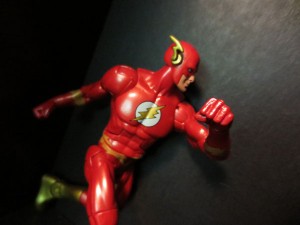 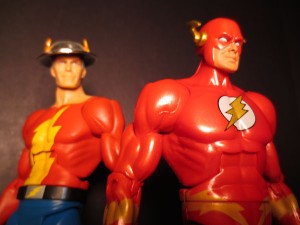 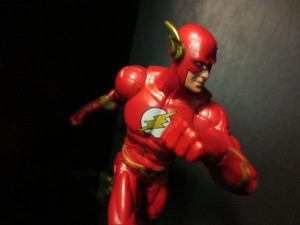 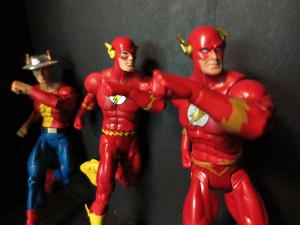 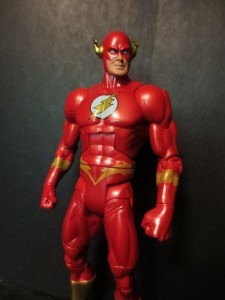 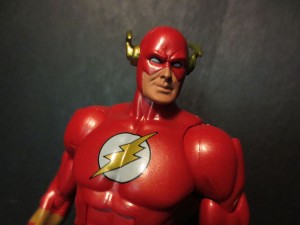 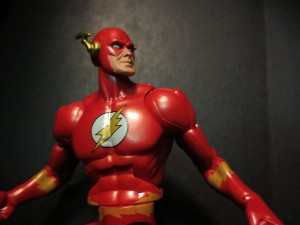 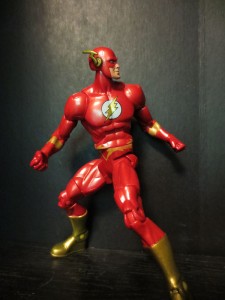 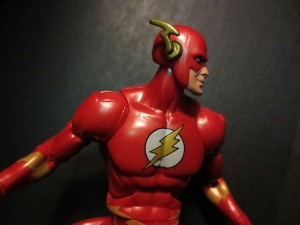 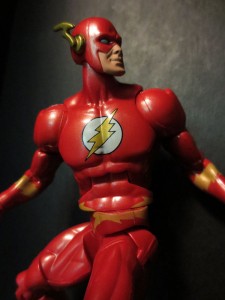 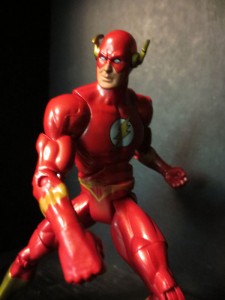 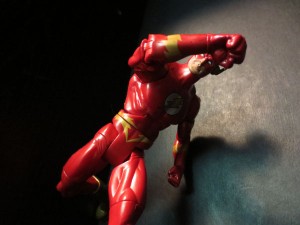 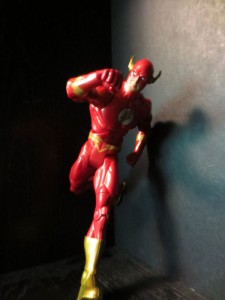 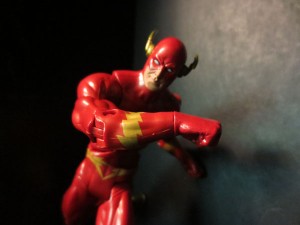 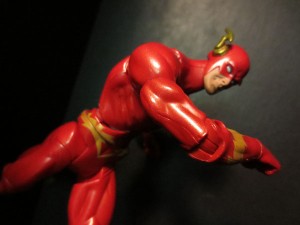 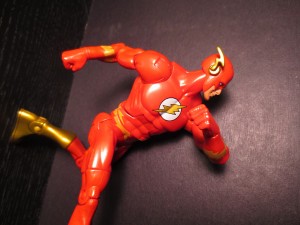 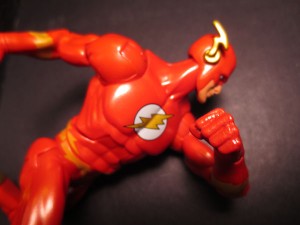 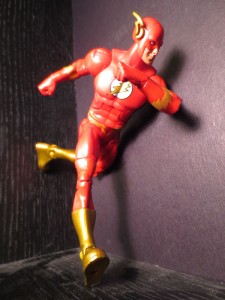 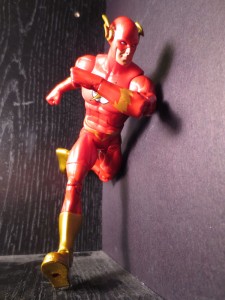 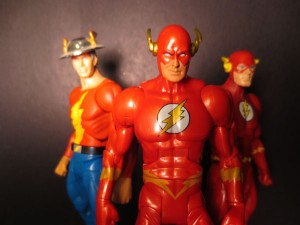