Walmart Powers Up The Black Panther 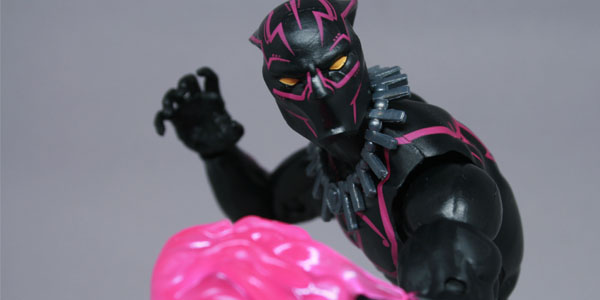 This is the year of Black Panther, with not only his own film but also it looks like his homeland will be a major part of the Avenger Infinity War, at least from the trailers. Hasbro is making sure the hero is front and center not only in his own wave, but also in some of the store exclusives. Walmart has its second Black Panther figure in the last year, once again focusing on the comic book look of the king.

This version is based on one of the newer suits in the books, has tribal symbols as part of the suit. Nick named the pink Panther by fans, this suit is a nice update to the paint black suit we have seen in the past. for a figure with a lot of little details Hasbro has done a great job with clean paint lines on the figure. He comes with a powered down year, which does not look quite right on older bodies, and looks slightly odd on this figure. He also comes with alternate hands, a necklace and power blasts for his hands. This is no doubt made for action poses, with the color and great articulation.

More and more these mass market figures are beating out the import toy market. in terms of price and poseablity. I can remember listening to other websites at SDCC over the last few years telling the Hasbro Marvel team they should make figures more like the import toys, and the team just smiling. I think they knew there were better things coming down the road, because with each new figure this line just gets better. 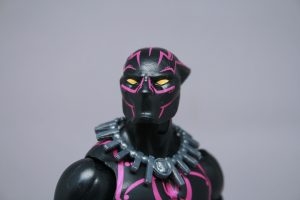 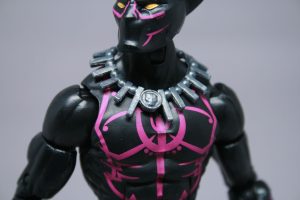 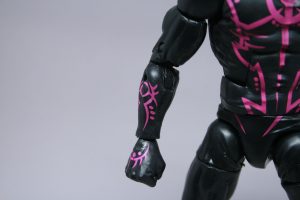 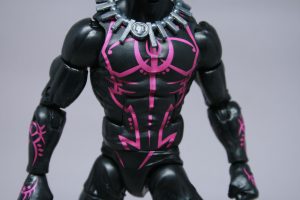 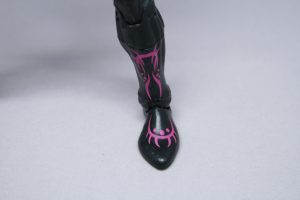 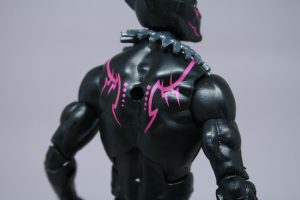 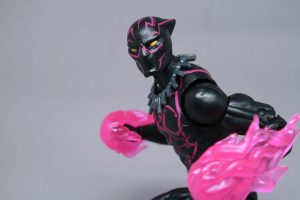 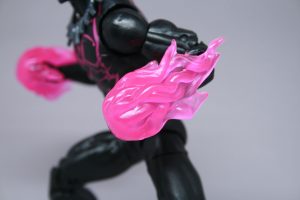 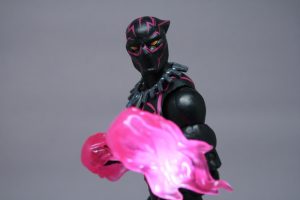 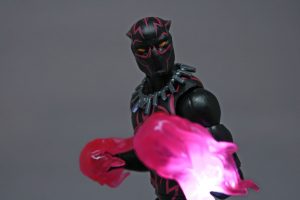 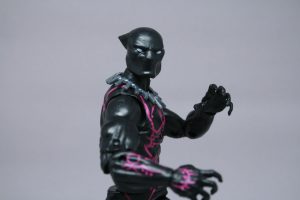 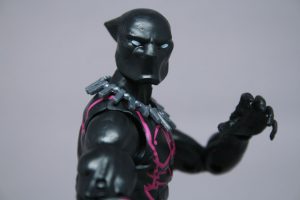 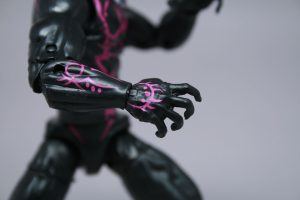 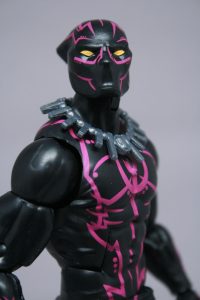