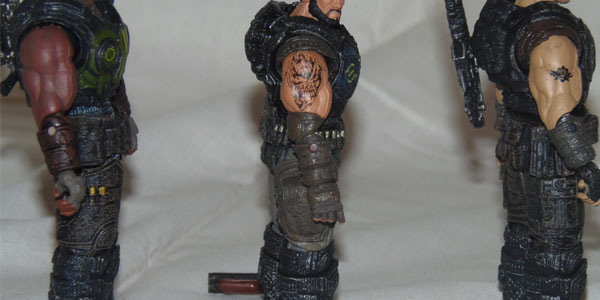 Any Xbox 360 player has heard of one of the most popular first person shooter games out there today, and now fans of the game can own a piece of the universe in 3.75 inch scale.

Though these figures are half the size, they are never lacking in detail. Marcus, and the gang come equipped with signature weapons, multiple points of articulation, and tattoos. Everyone knows you can’t truly be a badass without sporting some ink, and adding the fact that you can read the name Maria on Dominic’s arm says that NECA paid close attention to details. The sculpting on each figure is stunning right down to the muscular physique, right down to the veins bulging out of their arms.

Another great feature is the ability to store most of the weapons on the figure when not using them. It also allows  collectors to keep the small accessories with the figure without the fear of losing them, well most of them. The sawed off shotgun is the only weapon that can not be stored like the rest.

As usual NECA had out done themselves again with these figure. Hopefully they will continue this scale of figures, bringing on the the Locust army to do battle with the soldiers. Even without the Locust given their size they mix nicely with other quarter scale action figures. Series 1 and 2 can be found at your local toy stores, comic shops, and NECA’s online store. For $9.99 a figure, grab them while you can before someone else does (like me). 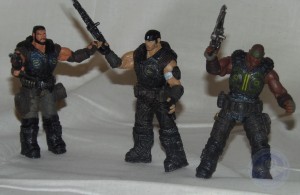 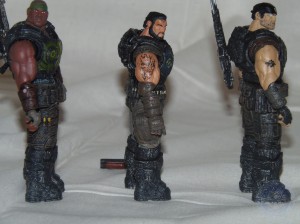 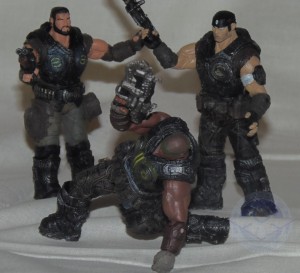 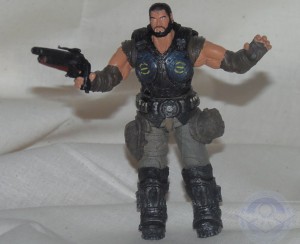 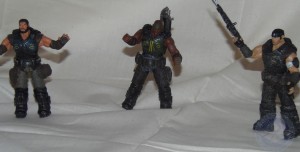 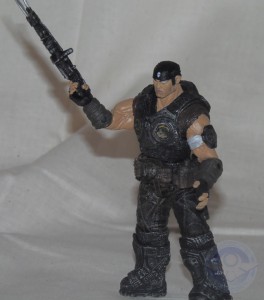 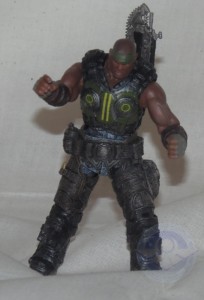