Fantasy Flight Games Has Another LCG On the Way 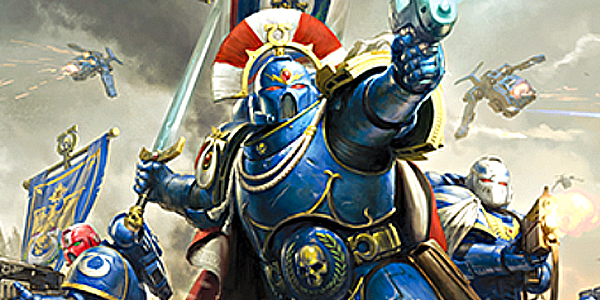 After recent news that Fantasy Flight Games will not be releasing any further expansions for Warhammer Invasion, they’ve announced a brand new addition to their line of living card games, Warhammer 40,000: Conquest.  Designed by Eric M. Lang, who has also had a hand in designing several of Fantasy Flight’s most popular card games, Conquest is shaping up to be another fantastic title.

Hitting shelves in Q3 of 2014 (which means right in time to make a GenCon debut), Conquest seems to use 40k’s gritty backdrop to great effect in the early shots of the artwork that have been made available.  Using over 200 cards from the introductory “core” set, players will be able to construct decks from a pool of seven different playable factions – the Space Marines, Imperial Guard, Tau, Eldar, Orks, and Chaos.  The key to victory lies in securing control of planet within the Traxis sector by expanding your military influence.  Mechanically, the game looks like it includes similar elements to a lot of the existing LCG’s.  There are multiple fields of battle, similar to the Call of Cthulhu LCG, Commander cards that give the deck a persona much like the identity cards in Netrunner, and the planet cards appear to have a similar setup to the agendas in the Star Wars LCG. 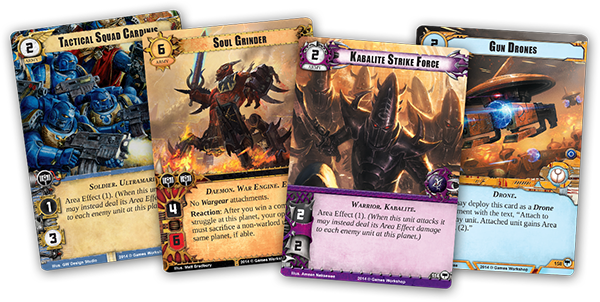 As players are able to deploy units to several different planets, it seems likely that part of the game’s strategy involves balancing asserting military control over many areas without spreading your forces too thin.  Another interesting twist is that, while players must choose one faction to lead, alliances can be made with certain other factions who can be called on for support.  Specific details on rules and mechanics are still up in the air but will surely be revealed over the next few months.  With Fantasy Flight Games’ track record for card games thus far, I’ll be looking forward to getting my hands on Conquest later this year. 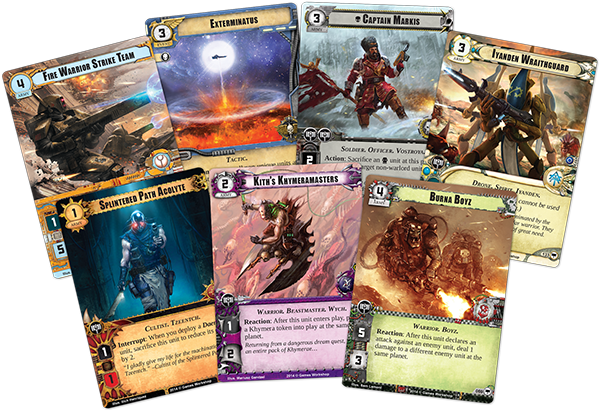 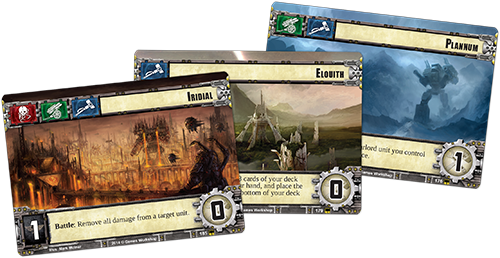