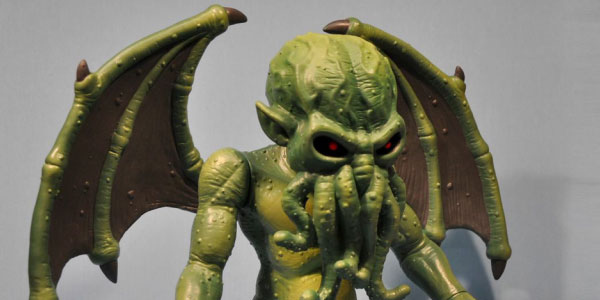 The Old God descends on our reality this Fall thanks to Warpo!

Warpo’s Legends of Cthulhu toy line is awesome, a perfect nod to the 80s Golden Age of action figures, but one aspect of the Kickstarter campaign kind of felt like a bummer… we never got to the final stretch goal, a 12″ Giant Size action figure of Cthulhu himself.

Now, the Legends of Cthulhu have officially been released (check your local comic or specialty shop, or get them here), and Warpo had some totally exciting news to share… they are releasing Cthulhu this fall!  From the look at the paint master they shared, the giant Cthulhu will sport at least seven points of articulation, and his box art will once again be provided by Ken Kelly, who also did the great artwork for the first wave of figures.

Warpo shared some photos of the paint master for this colossal creature, which you can see below.  I think he’s just about perfect– the size will allow him to tower over the 3.75″ figures, as he should, and the extra size allowed the Warpo team to really pack in some wonderful detail on this sculpt, while still maintaining the retro look and feel of the line.

In short, Cthulhu is going to be big, and bad, and awesome.  I’m betting he’ll be a hot ticket figure, appealing to those of us who jumped in to Legends of Cthulhu, as well as Lovecraft fans who maybe just want a single Elder God to hang out on the bookshelf or menace their cats with.

As soon as we know more about this exciting figure, you’ll know more. 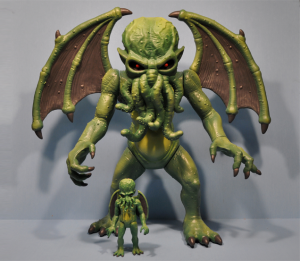 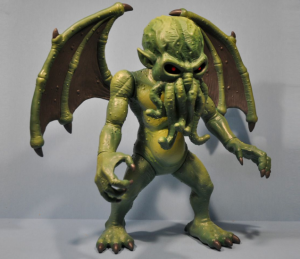 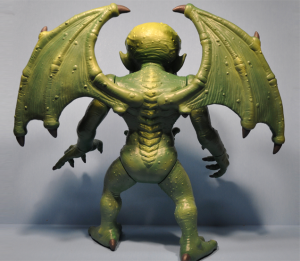 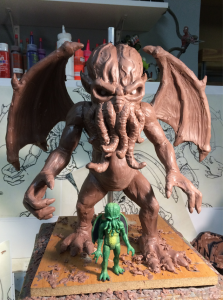