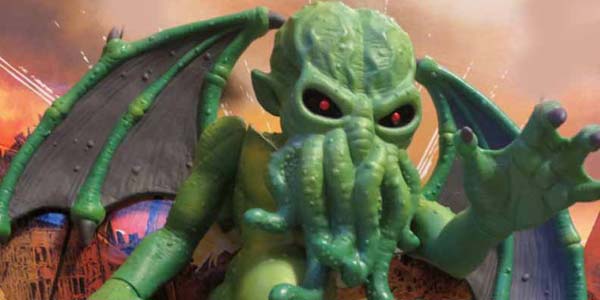 Warpo caps off their Legends of Cthulhu collection with the perfect giant sized action figure based on HP Lovecraft’s iconic monster.

The Legends of Cthulhu line from Warpo was a huge success, both in terms of funding on their initial Kickstarter campaign, and in execution.  The action figure line was not only a fun and cool tribute to the mythology of HP Lovecraft, but made perfect use of Warpo’s so-called “method manufacturing,” the result of which were some of the most genuine-feeling retro toys of all time.  But there was one bit of unfinished business… the Kickstarter campaign never made it to the final stretch goal, which would see the release of a giant 12″ Cthulhu to be included in the toy line.

Warpo managed to make it work, though, and now the Great Old One has arrived, and he is every bit as perfectly pulpy as his 3″ counterparts.  Cthulhu is an all new sculpt, and he fits perfectly with the aesthetic of this collection.  Loaded with texture and details, yet simplified in a fashion that matches the era of toy design to which Warpo is paying tribute, Cthulhu feels as though he truly could have been plucked directly from an toy line in the late 70s or early 80s that is just now finally being released.

The figure stands just over 12″ tall, and features seven points of articulation– neck, shoulders, hips and wrists.  This limited range of moving pieces adds to the retro aesthetic of the figure, while giving us enough poseability to make him lots of fun to play with.  While Cthulhu is essentially a hollow, rotocast figure, there’s a welcome sense of heft to him– he’s sturdy, well-constructed, and balances well despite his large (and awesomely sculpted) wings.

Equally impressive are the figure’s paint apps, which add just the right amount of depth and detail to the sculpt, while still feeling accurate to the vintage design.  The yellow-green highlights on Cthulhu’s head, shoulders and belly add depth and dimension to the green plastic of his hide, while the dark grey highlights on his claws and wings prevents him from looking too monotone.  The creature’s eyes are great, borrowing the design from the smaller Spawn of Cthulhu figure with a glossy black socket enveloping a beady, bright red pupil in the center.  It’s a great design, and while this hasn’t always been the singular default look for Cthulhu, it’s so well done, I’m starting to wonder why not.

I love this figure, especially the overall size and heft of him.  He’s big enough to hold any of the smaller Legends figures in his hand, and his size harkens back to those great beast toys of the past, from the Rancor, to the Inhumanoids, to the Kraken from Clash of the Titans, who seems to be the closest vintage analog to this particular figure.  That throwback to the Kraken goes double for Cthulhu’s amazing packaging, featuring an all new painting by Ken Kelly which depicts the Great Old One rising out of the sea ready to wreak havoc on the world of men.  The richness of the painting is both evocative and authentic to what we saw in the actual old school box art (I particularly love the two-color printing that occupies the entire box aside from the full-color front panel, a perfect touch).  But what makes this box art even better is, the figure contained within is every bit as awesome as the packaging suggests.  That is indicative of what makes Warpo so great– not only do they have a truly keen insight on the era of toys they’re emulating, they also know how to make a truly awesome action figure. 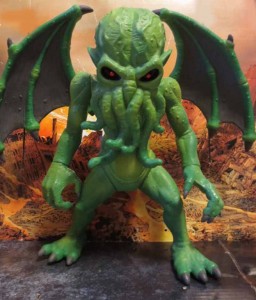 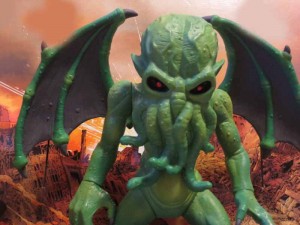 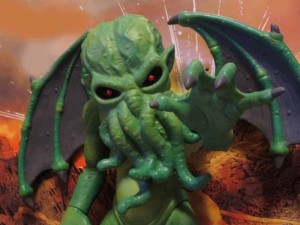 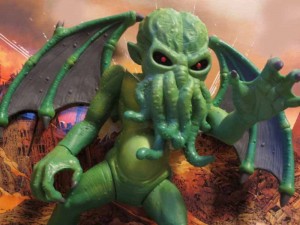 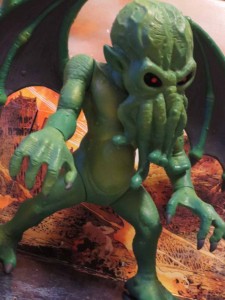 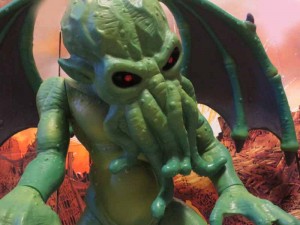 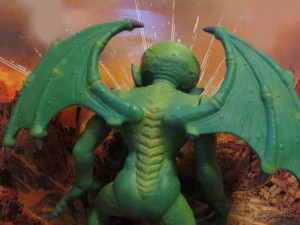 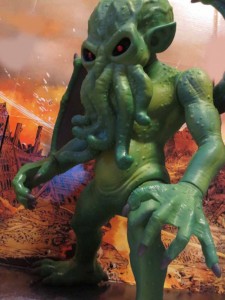 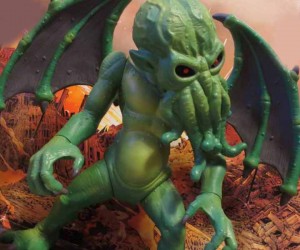 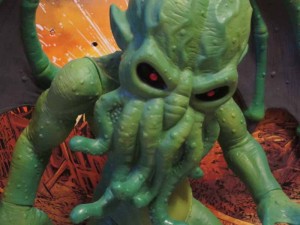 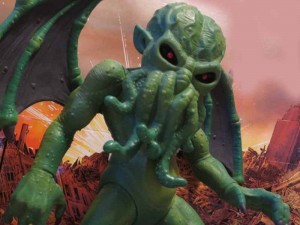 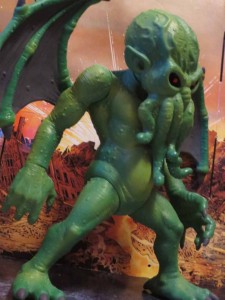 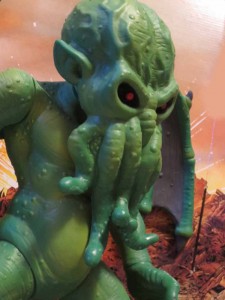 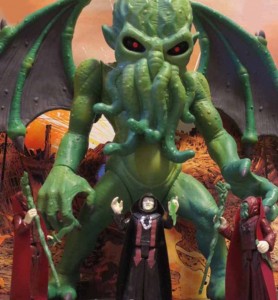 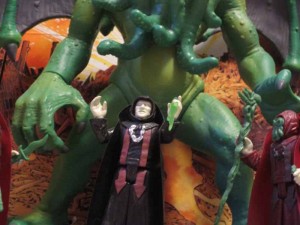 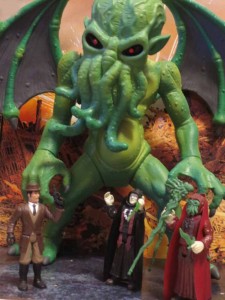 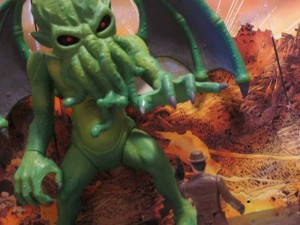 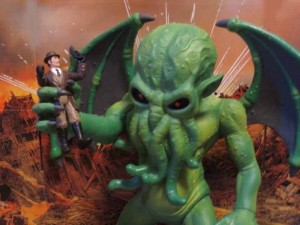 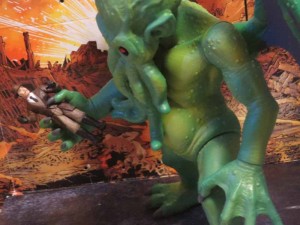 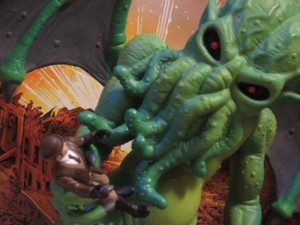