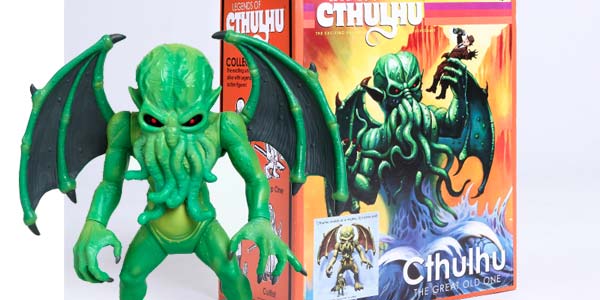 One bit of nostalgia which has definitely fallen by the wayside these days is the great toy ads on TV that reigned supreme in the 1980s.  Sure, toys still get commercials today, but if we see kids playing with the toys at all, it’s portrayed silently, as a voice over narrator describes what’s going on.  The best ads of the 80s had the kids, themselves, serving as narrators, voicing an (always trite, usually basic, and often sort of dumb) storyline for the various toys to engage with.  They were cheesy and glorious, for sure, but I tend to think of these toy ads as an early example of native advertising.  The breakdown of what the toy actually IS was always a late in the ad mention, not much more than an after thought… the main concept here was the content, the ongoing story the toys and kids alike were experiencing.  It was cool, and more often than not, pretty damn effective.

Warpo is one of the greatest retro toy companies out there, and the attention to tiny details is what makes their Legends of Cthulhu toys so very special.  They’ve brought that same attention to subtle detail to their awesomely retro toy ads, as they promote the new 12″ Cthulhu deluxe figure, who is officially available at finer retailers everywhere as of today.  The ad is great, but don’t just take my word for it… see for yourself:

In this case, the product the ad is selling promises to be equally great.  I can’t wait to get my claws and tentacles on the deluxe Cthulhu figure.  He’s, by all accounts, perfect– the detail and paint apps and poseability and scale all make him a perfect extension of the fantastic 3.75″ retro figures, and an amazing retro tribute toy in his own right.  He’s just so, so cool.

Here’s more details straight from Warpo about the deluxe Cthulhu.  Be on the lookout for this Elder God at your local comic and toy shops, or pick him up online at BigBadToyStore, Think Geek, or other etailers.

THE GREAT OLD ONE, 12” CTHULHU RETRO ACTION FIGURE FROM WARPO, OUT NOW

The 12” Cthulhu Standard Edition, along with the Previews Exclusive Glow in the Dark Edition releasing next week, is the cornerstone of the Legends of Cthulhu collection, with 7 points of articulation and pliable “gripping hands” suited for grasping 3.75” action figures and sending them to their doom. The 12” Cthulhu figure is packaged in an early 1980s-style, full-color box, featuring a brand new painting by the masterful artist Ken Kelly.

In further Warpo news, the company announces today it has signed an exclusive distribution deal with Diamond Comic Distributors. Diamond will represent and sell Warpo toys to thousands of retail stores worldwide.

“It was only a year and a half ago when Warpo launched our Kickstarter for Legends of Cthulhu, and we’re blown away at the great response we’ve received from the toy community,” says Warpo president Bryan Katzel. “The deal with Diamond is going to make Warpo toys available to a larger global audience, and we’re so thrilled to be aligned with such an incredible partner.”

“Warpo Toys is an amazing find and has proven an incredible success for Diamond Comics,” says Erique Watson, Diamond Comics brand manager. “This new partnership is the natural evolution in Warpo’s continued success story, and we’re truly excited to be able to offer more of their unique products to our retailers around the world.”

Legends of Cthulhu 3.75” and 12” retro action figures are available at BigBadToyStore, Think Geek, comic book stores, Half Price Books, and in toy and hobby shops nationwide.