The Wasp Almost Made The Cut For The First Avengers Movie 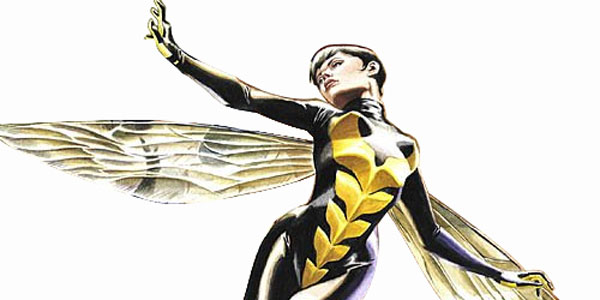 The Director’s Guild of America hosted a screening of The Avengers, and Joss Whedon was on hand for a post-screening Q&A where he discussed some interesting new facts about the movie, and some hints at the future of his cinematic super-team.

According to Whedon, The Wasp was very close to being included on the team for their first outing, and would have replaced Scarlett Johansson’s Black Widow:

“There was a little bit of time where we thought we might not actually get Scarlett [Johansson],” he explains. “There was a very Waspy draft that I wrote. But it was way too Waspy. I was like, ‘She’s adorable! I’m just going to watch her!'”

Whedon also admitted he originally planned for a second villain– he wouldn’t say who– to join Loki to take on The Avengers, but the idea was nixed by Marvel Studios.  While I would have loved to see Janet Van Dyne on the big screen, I’m glad we lost the second villain.  Loki and the invading Chitauri army were more than formidable enough, and adding a second bad guy might have left the movie feeling too busy, posing a challenge to the amazingly watchable pacing of the film as it is now.

The director went on to explain that, much like the comic, he sees his cinematic Avengers with a constantly-rotating roster, and this cast shuffle may start as early as Avengers 2, as he implies below:

“I used to read ‘The Avengers’ and part of the ethos of the team was that it changed their lineup every month,” he continues. “Their 150th issue was just a bunch of faces. ‘Who will be in the team now?!’ We had the first issue as a poster in the offices. Now that I’m working on the sequel I said, ‘Let’s put the second issue up there! Let’s change it up a little bit!’ The second issue is ‘Introducing Giant-Man! And this character! They were already changing it up after one issue. That’s what they always do.”

To me, that sounds like the team in Avengers 2 may be a little different than their first mission.  As for the Giant Man name drop, I’m curious if it was random, or if this was a hint at one of the new members coming to the big screen… which could make sense, considering the super-sized hero’s alter ego, Ant Man is getting his own feature as well.

I think the rotating cast idea is very cool and practical– not only does this pay homage to the dynamics of the comic series, it can help control the increasingly-busy cast.  They want to fast-track Avengers 3, but Robert Downey, Jr isn’t available?  No problem, Iron-Man can just rotate off this iteration of the Avengers!  It’s cool and it’s smart.  But then again, so is everything Marvel Studios has done for the past six years.  So I guess that’s not really news.