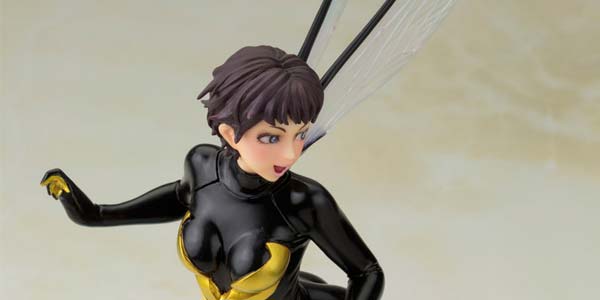 The Wasp is the latest Marvel hero to get the Bishoujo treatment thanks to Kotobukiya and master Japanese artist Shunya Yamashita.  Since Janet Van Dyne was one of the earliest female heroes in the Marvel universe, I’d say it’s high time she joins Kotobukiya’s ever-growing series of statues.

I had the chance to see the prototype of this statue at Toy fair, and she looked quite nice.  There’s a lot to love here– the subtle wrinkles in Wasp’s bodysuit add a beautifully realistic sense of texture, and the metallic finish of the gold parts of her costume offset brilliantly with the high gloss black base color.

The Wasp kind of plays with scale, as well… while she will stand approximately 7″ tall– like the other Marvel Bishoujo statues– her base is sculpted to look like the splash of a raindrop.  I love this concept, it’s simple yet fun, and adds to the pixie-like aesthetic of this entire design.

If I had one complaint, it’s the makeup apps on Wasp’s face, which look rather organic and nude.  While I’m glad to see a less made-up figure in this series, high fashion socialite Van Dyne doesn’t necessarily seem like the best candidate, in my mind.  That being said, the piece definitely still works, and I can’t wait to add the Wasp to my collection this Fall.

Check out Kotobukiya’s Marvel Bishoujo Wasp below, and look for her this September. 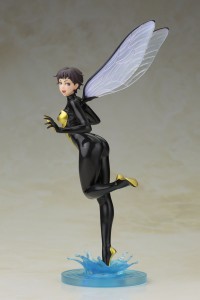 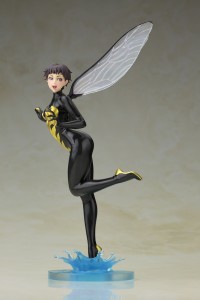 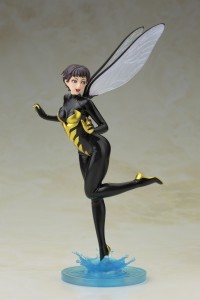 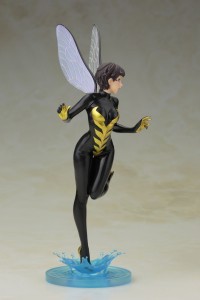 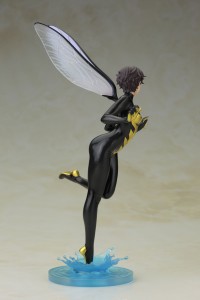 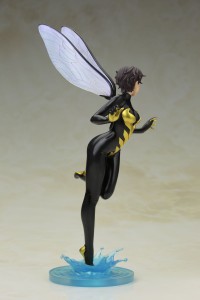 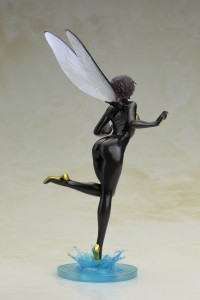 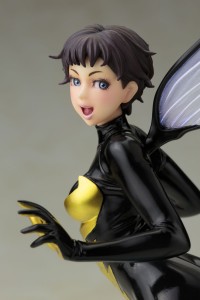 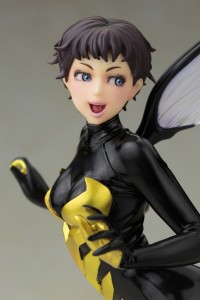 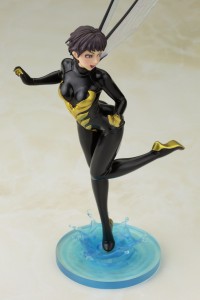 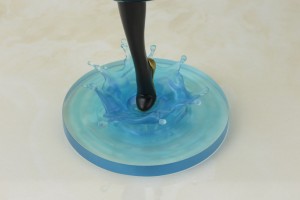 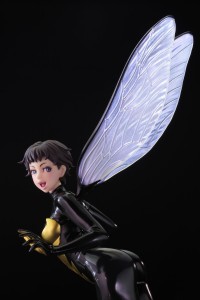 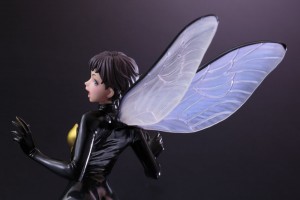