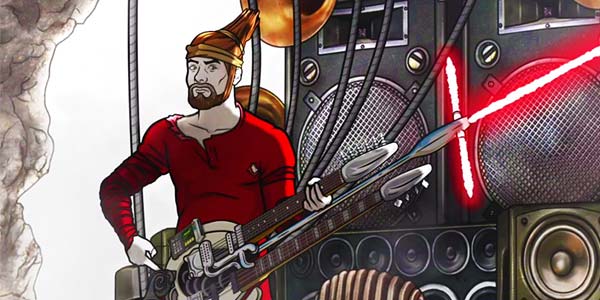 Every year, the creators of Archer bring a special video message to San Diego Comic Con, which screens during their panel.  It’s always a riot, and usually involves Sterling coming up for some half-assed excuse as to why he’s not attending the show.  This year’s video really pulls out all the stops, though, with our hero breaking down and ripping into Batman vs Superman, Ant-Man, Man From U.N.C.L.E. and more of the biggest movies generating buzz at SDCC.

More to point, if you, like me, are not in San Diego and could not attend yesterday’s Archer panel, this year’s video has been posted on EW for our mutual viewing pleasure.  Archer’s rant is great, but seeing Pam cosplaying as Immortan Joe, and Krieger as the Doof Warrior?  It can only be described as– and you know I hate to use this word– EPIC.