Watch Out For The Bat Attack at Gamestop 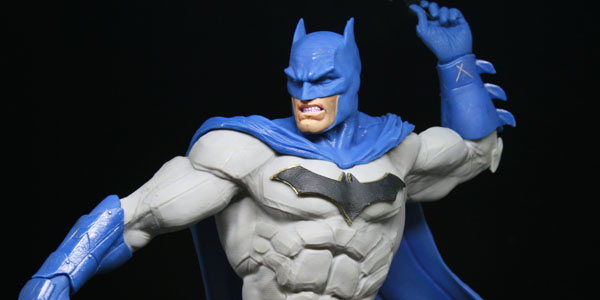 Gamestop teamed up with DC Collectibles to bring fans of Batman a statue that captures the hero in action.

For the past decade of so, thanks to the Arkham games, Batman has taken on an armored look, and it has grounded the character a little. We all have to suspend disbelief when it comes to comics, but a man in only spandex is not going to make it far as a crime fighter. Designed by Jim Fletcher and sculpted by Alejandro Pereira this newest offering from the DC Core line captures the intensity of Batman.

PVC has come along way, as a kid if it was a PVC toy that meant it was cheap and not very good. But over the past few years PVC is no longer a bad word, thank to companies like DC Collectibles. By using PVC it allows a lower price point for collectors, making it easy to get these great works of art for their collections. At around $50 you get a large stature done by some of the bigger names in the DC art world today.

The armored look reflect the modern Batman, while the colors look back at the early days of the character. The royal blue pops in the flowing cape against the light gray costume. The large bat symbol also brings back the old days of the hero when it was a target for the bad guys to aim for. There are also small details that stand out one the statue, like the little bat symbols on the knees, elbows, and belt. The statue also captures the older Batman in not only the scratches on the armor but his face. This is not a Bruce Wayne who just started fighting, but a hard worn hero who is a master at his craft.

You can pick up this version at Gamestop as well as an Amazon color variant, and a Sure Things Toys color variant. 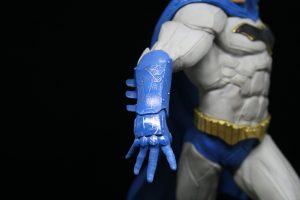 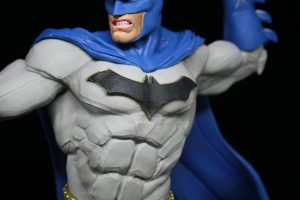 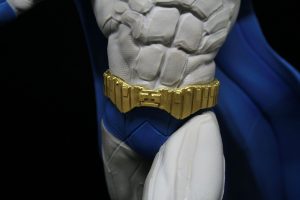 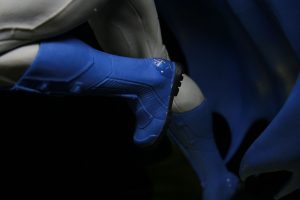 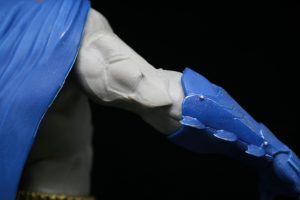 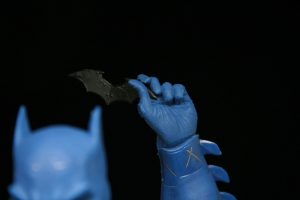 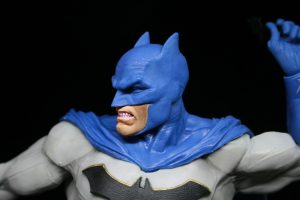 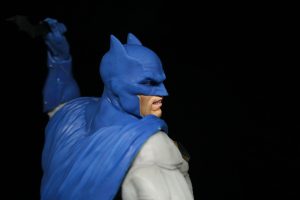 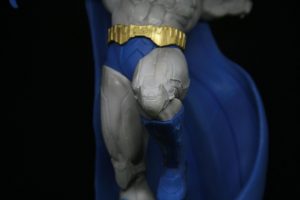 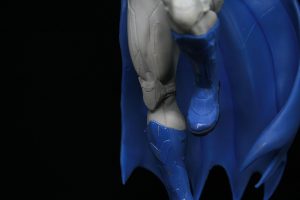 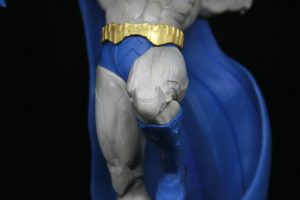 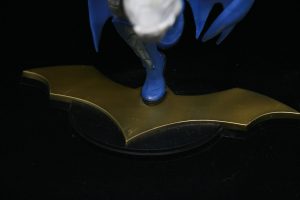 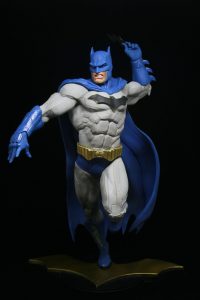 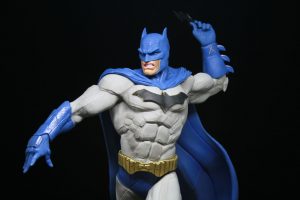 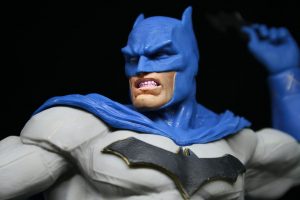 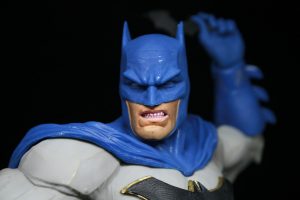 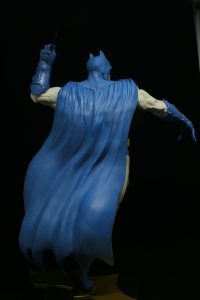 Thanks again to DC Collectibles for sending this along for review.