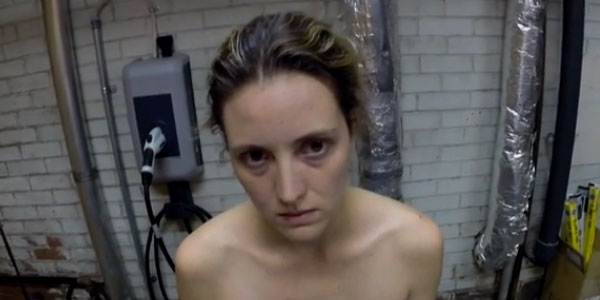 The master of the genre returns to body horror for a cool, creepy new short film.

David Cronenberg hasn’t delved into body horror for a long time– he’s been devoted to more psychological and intellectual themes for his past half-dozen films– but I feel like his new short film The Nest is the perfect balance between his two areas of interest.

The 9 minute film stars Evelyne Brochu as a woman in the world’s creepiest doctor’s office, explaining to this alleged doctor (whose POV serves as the single camera shot of the short, and whose voice is provided by Cronenberg himself) that she needs her left breast surgically removed.  According to her, a colony of insects has taken up residence under her skin, and she is desperate to get them out.

Her doctor, with his calm and distant voice, seems eager enough to indulge his patient, and we’re left with an unsettling story that remains right on that knife edge between psychological and tangible horror.

The NSFW short film was commissioned by the EYE Film Institute in Amsterdam, and is available to watch online for free from now until September 14th.  It’s totally worth a look!