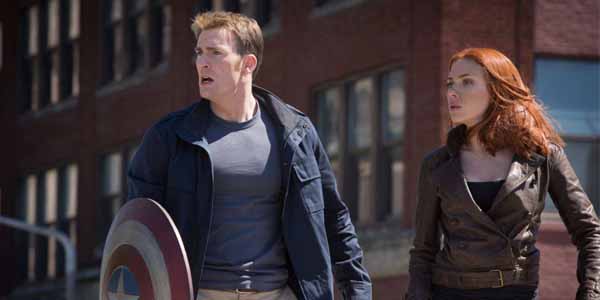 We’re less than a month away from the release of Captain America: The Winter Soldier, so as the promotion for the next big Marvel movie builds, I’m trying to dial back my expectations before they get so high the movie could never live up to them.  But they’re making it so hard, because everything we have seen from this movie looks incredible!

Take the latest four-minute clip… We start with basically the opening sequence, which was shown at Comic Con last summer.  It establishes Cap, having been a little more acclimated to this new world, and has a fantastic tone, fun and badass and breezy and action-packed.  And we even get a Batroc sighting!

The last 90 seconds is a new montage with more footage from the movie, and it looks killer.  There’s appears to be a bigger scale to this movie– way bigger than The Avengers even– and that should merge incredibly well with the very personal story of Steve Rogers and the Winter Soldier.

So at this point, I’m dangerously confident that Marvel nailed it with this movie… but if I go in to the theater with that attitude, I’ll most likely leave slightly disappointed.  But come on– Just look at this clip!  I don’t think many of us will be discussing whether The Winter Soldier was bad or good… it’s going to be an argument of HOW GOOD it is.