Watch A Good Trailer For Pixar’s Inside Out 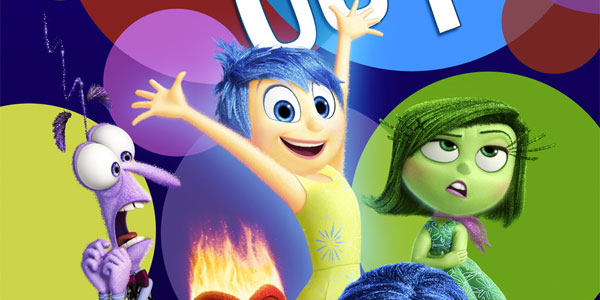 The new teaser for Disney Pixar’s mind movie gave me lots of feelings.  Most of them good!

For a movie that stars anthropomorphic emotions, Pixar’s next movie Inside Out has already allowed me to run the gamut of feelings.  I went from excited, upon first hearing the intriguing and abstract concept behind the movie… to fear and anger, when I was astonishingly un-impressed by the awful first trailer… and now to (cautious) joy after watching this new, vastly improved teaser.

Not every gag here lands, and the mismatched duo on a journey setup is getting kinda long in the tooth for Pixar, but in general, I dig on this.  The voice cast is great– I’m SO happy to have Amy Poehler starring in her own Pixar film!– and the designs are bright and energetic and surreal, as I guess a movie that takes place inside a preteen’s mind should be.

So the final verdict is still out, but I’m being won over by this film, once again.  I love Pixar’s original concept movies, and director Pete Docter is absolutely one of their star players.   I’ll put it like this– in lesser hands, soundtracking a trailer about a bunch of living emotions to the tune of Boston’s “More Than a Feeling” might seem pretty on the nose.  Here, it works.  Because Pixar.