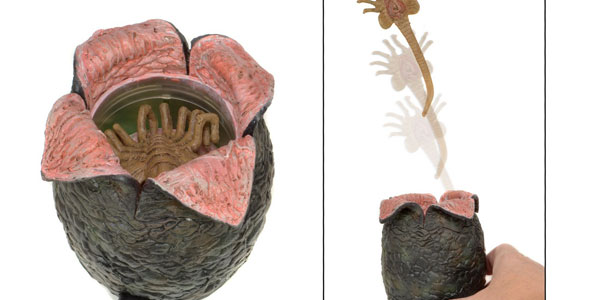 Guaranteed to freak out some unsuspecting friends or pets.

We’ve already seen some neat one-off items in NECA’s Aliens line, including the Genocide two-pack and now this, the egg and Facehugger set.  It’s a great looking piece, with the unfurled top of the leathery egg revealing the creature inside, backlit by an eerie green light.

But what makes this an AWESOME toy, is the action feature– the Facehugger is spring loaded to pop out of the egg and attack!  That makes this a pretty much must-buy.

In case you were wondering exactly how this works, or want a visual to help you plan who you’re going to scare the shit out of first, NECA released this video which shows off the dynamics of the play feature.  When I get my hands on this toy, I plan on launching that little bugger as many times as possible.

Here’s a bit more on the set, from NECA.  Look for the egg and Facehugger to hit retail in September.

This 4.5″ tall Alien Egg is an incredibly detailed recreation of the mysterious eggs from the Alien films. Closed, the egg glows with an eerie green light… but press the button concealed on the back and launch a rubbery Facehugger high into the air!

Frighten your friends, your neighbors or your household pets. An incredible new item from the Aliens franchise! 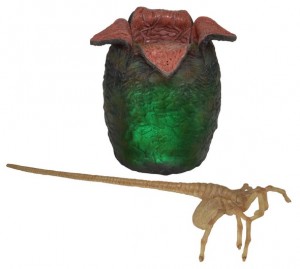 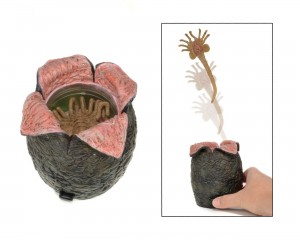