Watch Out Toitles– Bebop and Rocksteady Are Here! 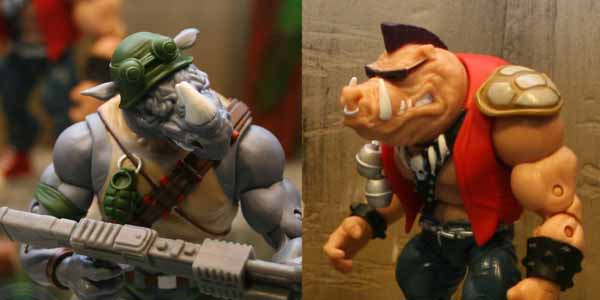 It’s been well over a year since the release of Playmates’ Teenage Mutant Ninja Turtles Classics, the figures based on the heroes on the half shell’s 80s cartoon appearance, but Series Two has finally arrived, adding the Turtles’ mutant nemeses Bebop and Rocksteady to the mix.  The fan favorite villains obviously make a welcome addition to the line, and they make for a good pair of figures for any iteration of TMNT. 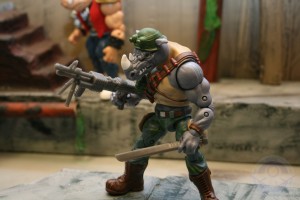 Taking a page from Mattel’s Masters of the Universe Classics, Bebop and Rocksteady aren’t so much accurate to one unique look from the past, but an amalgamation of their cartoon and original toy designs.  This means Rocksteady gets his cartoon accurate colors– a tan half-shirt and camo pants– alongside his army helmet and machine gun.  But he lacks the beer gut of his animated counterpart, following the more trim proportions of the vintage figure.

Likewise Bebop exists somewhere between his toon and toy design, so he lacks the weird knee brace of the figure but has more gear than the cartoon design.  I’m okay with the tweaks, and blending the designs, because what we get are very near to definitive versions of the bad guys.

The sculpts on both figures are all new, and quite good– there’s a great amount of detail in their ugly, wrinkled faces, which really convey a lot of character.  While their clothes and gear feature a bit of natural folds and billows, they are largely devoid of texture, to keep in line with the quasi-animated style.

On top of the good sculpts, these figures almost follow suit to the ample articulation given to the previous TMNT Classics.  Bebop and Rocksteady each feature a ball neck, ball shoulders, double joint elbows and knees, a torso swivel, ball hips, hinged wrist swivels and shin/ ankle swivels.  The only thing really lacking is ankle joints, which could have provided many more posing options and helped to balance the top heavy figures (but to be fair, the stand accomplishes that, very well).  While the proportions of their designs are stylized a great, they do put some limits on the articulation, especially the necks for both figures. 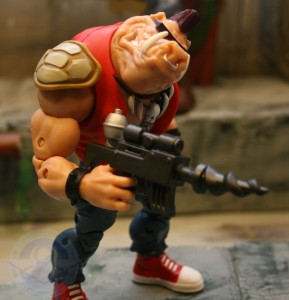 The mutants each sport some accessories, very much in line with the pack in’s of the vintage figures.  Bebop gets his drill/ raygun and a TMNT sewer lid display stand with his name on it.  Rocksteady also gets a stand, as well as a machine gun, a large knife and a removable helmet.  The pieces all make for great throwbacks to the original toys, and provide more than enough gear to help make these creatures look like dangerous foes.

While I really like how both bad guys came out, there are a few downsides to them that I feel I need to address.  First is their size– Bebop and Rocksteady stand the exact same height as the Turtles Classics.  While the size of the villains fluctuated thanks to the sometimes-dodgy quality of the animation, they were virtually always taller than the good guys.  While these figures are bulkier, missing out on the added height makes them appear less imposing.

In fact, this Bebop and Rocksteady, while sporting a classic design, are much more in scale with the new Nickelodeon style TMNT, who the evil mutants tower over.  They actually fit in pretty well with the new style Turtles and the NECA Mirage Turtles, too), so which group you have them fight with is totally optional.

What’s less optional are small, disappointing design choices on each figure.  None are deal-breakers, but things like the previously mentioned missing ankle joints or the exclusion of Bebop’s curly-cue tail and ponytail feel like they drop these figures just shy of the being the ultimate, all-time renditions of the characters.

Despite a few small drawbacks (and being a bit small themselves) the Bebop and Rocksteady Classics are still great, fun figures that do a good job capturing the look and feel of these great vintage villains.  I know Playmates was very aware of the vocal demand for this pair, so I really hope they keep TMNT Classics front and center in 2014.  If they can figure out what they want to do with scale for this line– and keep paying attention to the great character details we’ve seen so far– this series could be one of the best ever for TMNT fans. 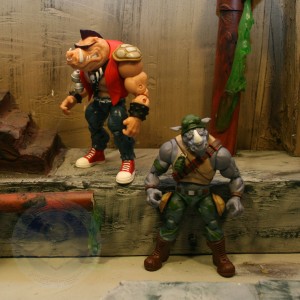 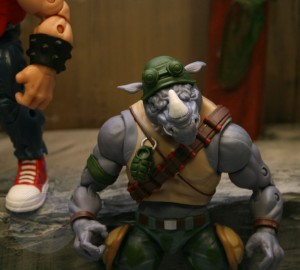 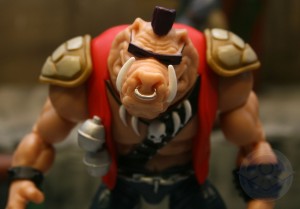 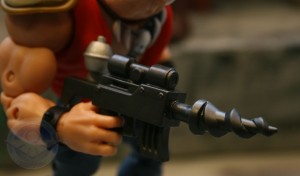 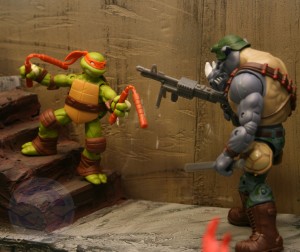 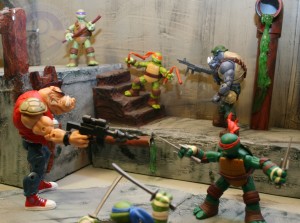 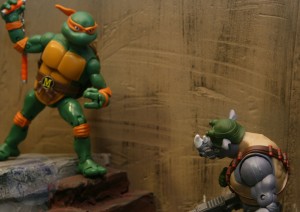 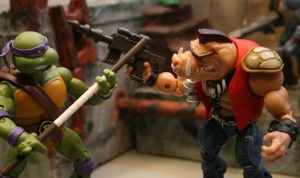 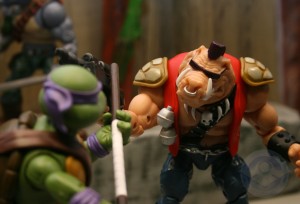 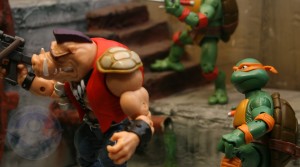 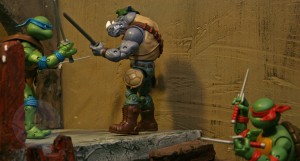 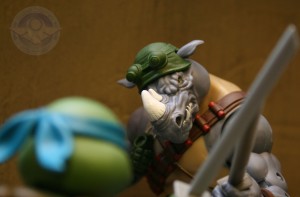 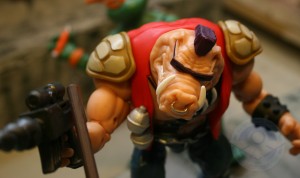 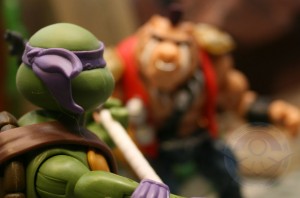 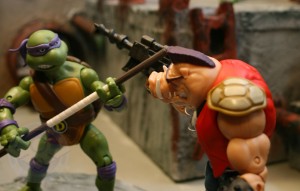 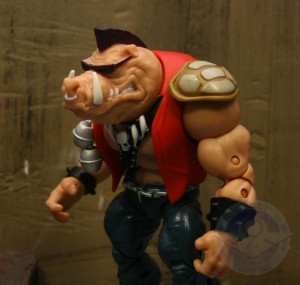 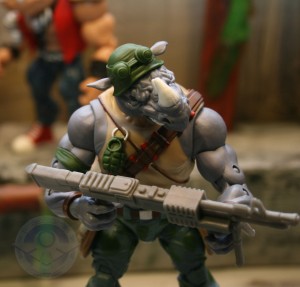 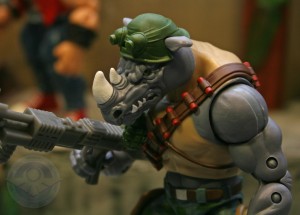 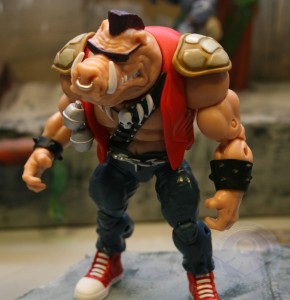 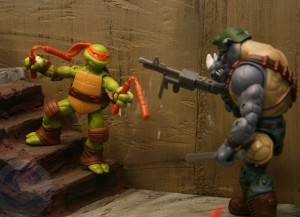 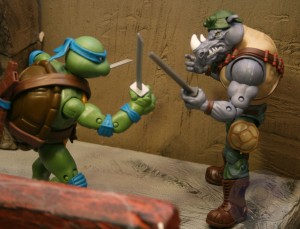 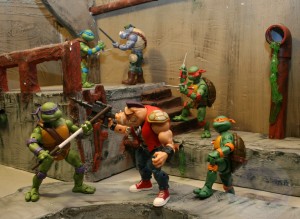 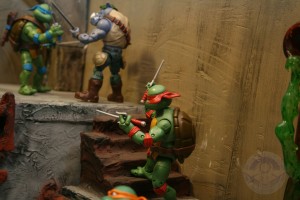 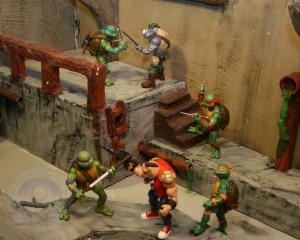