Watch the New Trailer For Chappie 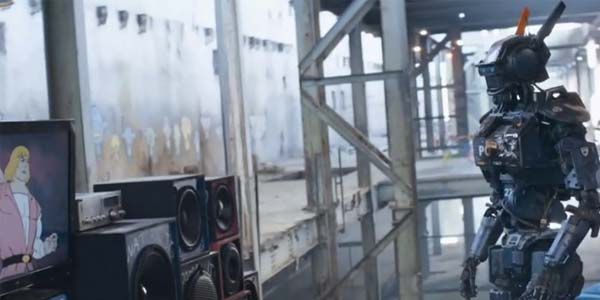 The second trailer for Neill Blomkamp’s third film, Chappie, is here, and I like this preview a lot more than the last one.  Sure, there’s a lot that’s familiar (too familiar?) going on here… the peaceful yet potentially dangerous robot trying to understand existence, and Chappie’s police background and very ED209-like nemesis echo back to The Iron Giant and RoboCop in a big way.  But since both those movies are amazing, I guess there are worse things to emulate.

When I first heard about Chappie, I figured it would be a lot more silly than this trailer suggests.  Sure, Chappie himself seems plenty charming, as voiced and performed by Sharlto Copley (a safe bet to be three for three for his Neill Blomkamp characters), but there’s apparently quite a bit of action in this film, as well.  The biggest x-factor for me remains Die Antwoord, the South African rap duo who play the thugs who adopt Chappie.  I’ve never seen the appeal of these two (for reasons)… I’m curious if that will bring my enjoyment of the movie down, or if Chappie will finally be the thing that wins me over in terms of Die Antwoord.

We’ll know soon enough, as Chappie hits theaters this March.  Will you check it out?