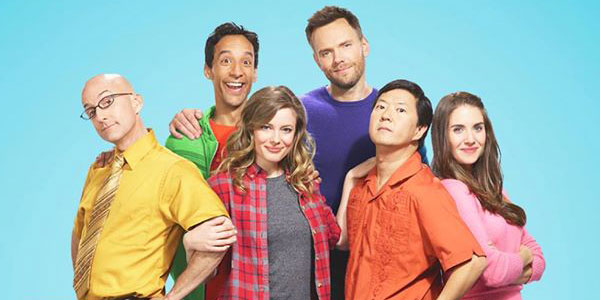 It’s almost time to get back to Greendale!

All of the sudden, the premiere of Community Season Six is almost on top of us.  The first new episode hits the still vaguely defined Yahoo Screen (which has an app on XBox 360, if nothing else) on March 17th… that’s only two weeks away!  And now we have a trailer for the return to Greendale Community College, which you can see below.

Maybe it’s the fact that it’s all starting up so soon… or the fact that the great Rob Schrab will be directing many of these new episodes… or the promising new characters played by the likes of Keith David and Paget Brewster (again), but this Season Six trailer is doing it for me.  I’ll miss Yvette Nicole Brown’s Shirley, for sure, but I do like the gag about the coincidental white washing of the study group.  Much of the humor in this teaser seems just slightly edgier than what we saw on NBC, which I’m going to take as a promising sign.

That aside, the general vibe is still delightfully left-of-center, so I’m confident that Dan Harmon and his team will deliver another semester’s worth of solid episodes.  Logistically, this trailer makes me think Yahoo Screen will release the episodes one per week, rather than the binge watch-inducing season dump approach of Netflix and Amazon.  So in that respect, the new Community will feel more like the old Community.  As for everything else, I’m totally game to see what Harmon has up his sleeve later this month.

What do you think? Are you getting excited for the new season, too?