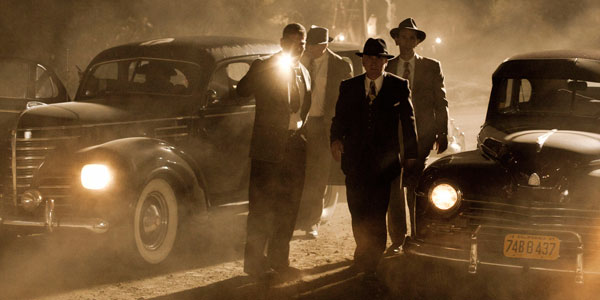 Frank Darabont has been working on Mob City (nee, LA Noir) practically since his messy breakup with The Walking Dead. I’m glad to see him bounce back, and equally glad to see that his next project looks quite a bit better than the rudderless zombie series, at least based on this trailer.

TNT is presenting Mob City as an “event series,” which i guess means miniseries… although I’m sure if it does well enough it will come back.  Although based on the remarkable amount of tommy gun mayhem on display in this first trailer… the event series cast may not all make it out on the other side.

I typically love Darabont’s work, and as this teaser gets to the second half, and the bullets really start flying, I was impressed with the production value and the aesthetic of the show.  Plus, it’s always nice to see familiar Darabont faces like Jon Bernthal and Jeff DeMunn pop up.  It may be too early to tell for sure, but I’m getting a hunch Darabont’s departure from Walking Dead may have been a good move all around… for him, especially.

Check out the trailer below: