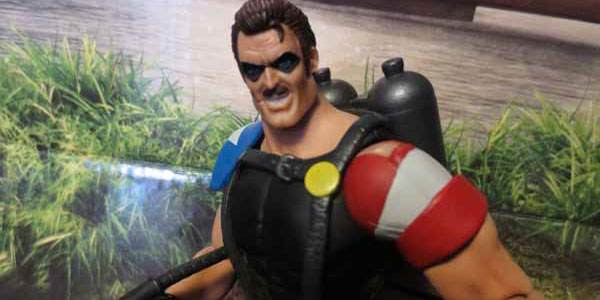 The penultimate release in Mattel’s Club Black Freighter, The Comedian is a good figure overshadowed by this great collection.

I’ve made it no secret that Mattel’s Watchmen toy line has blown me away, release after release.  While sharing a general styling and design with the DC Universe Classics toys, the Watchmen series has featured enhanced design work, extra details, lots of newly tooled parts, accessories and more intricate paint apps… In short, everything fans have been craving in the long running DCUC series.

The September release for Watchmen is The Comedian, the paramilitary vigilante we get to know mostly from flashbacks in the original book.  Despite his somewhat limited presence, Comedian is a crucial part of Alan Moore’s story, and he makes a welcome addition to this toy line.  I just wish Mattel had gone the extra mile with this guy, the way they have with the rest of his Minute Men teammates, because the shortcomings of The Comedian stand out more dramatically next to past greats like Rorschach and Nite Owl.

We’ll start with what works, which is honestly most of the figure.  The Comedian makes wonderful use of the bulkier Superman torso, to really convey his presence as a bruiser, towering over the other figures in this series adequately.  He sports a great new head sculpt, complete with his iconic cocky, menacing grin and the huge scar he wore for his later years.

The Comedian is outfitted in his more iconic military costume, which translates perfectly, from the flag-themed shoulder pads to the all new web gear and combat style boots.  He comes packing a shotgun as well as a flame thrower and backpack, perfect for torching a village on one of his black ops missions for the government.  Like the other Watchmen figures, Comedian also sports a logo display stand and a stylish box modeled after a book, which makes for a great reusable display for the figure packaged or loose.

I wish I could say the above was enough to make The Comedian another ten out of ten, like virtually all the past, flawless Minute Men figures Mattel has released this year.  But this guy includes some shortcuts that are too disappointing to go unnoticed.  The vigilante correctly includes two holsters and a sheath on his boot for extra weapons, but the pistols and knife are sculpted in their holders.  When a GI Joe figure half this size, for about a third of the price can include working holsters, this feels like a true missed opportunity for The Comedian.

There’s also some skimp on the figure’s paint, which wouldn’t be so bad, except when compared to amazing color work like the weathered wash on Rorschach’s shoes.  Here, The Comedian lacks the grey temples of his hair, which he wore by the time his face was scarred, and his iconic smiley button is left black yellow, with no face painted on.  The most noticeable offender, though, is the left shoulder.  While the shoulder piece itself is correctly decoed in red and white stripes, the disk which hold the arm to the chest in cast in skin tone plastic instead of red.  This severely break up the look of the costume, and would have been such an easy issue to remedy at the production level I cannot see why Design overlooked it.

Even with these shortcomings, The Comedian can easily be considered one of the best figures in the overall DC Universe collection.  He looks awesome and fits in very well with his team, and he’s got enough unique parts and accessories to feel well worth his elevated price tag.

It’s only when compared to the rest of the Watchmen figures– this virtually perfect interpretation of the characters from the page to three dimensions, that the small imperfections of The Comedian become truly glaring. 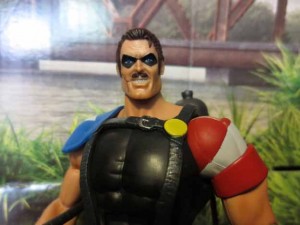 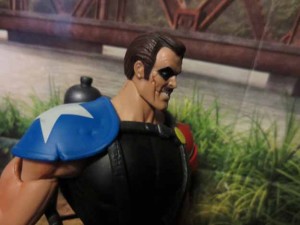 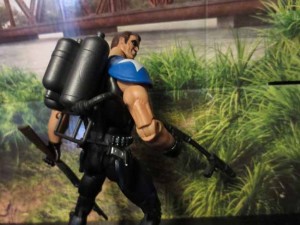 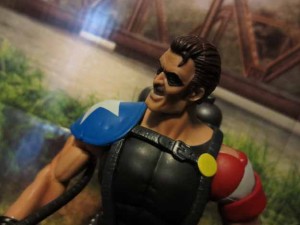 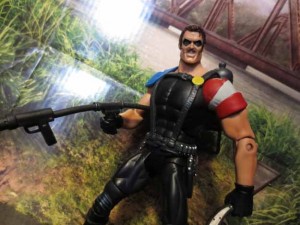 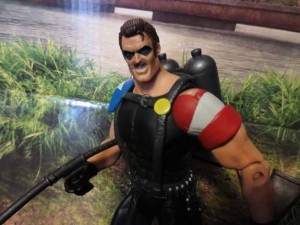 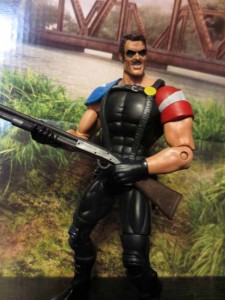 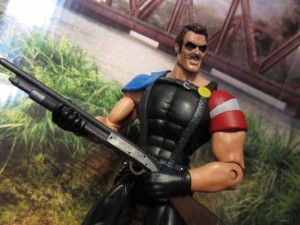 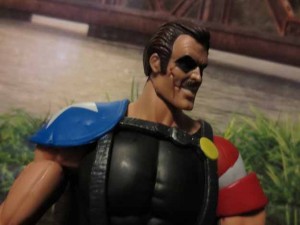 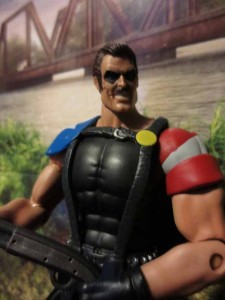 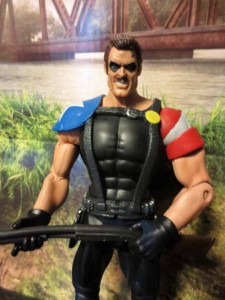 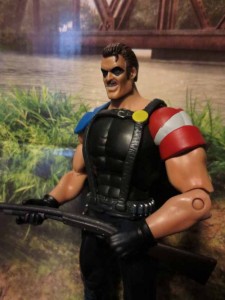 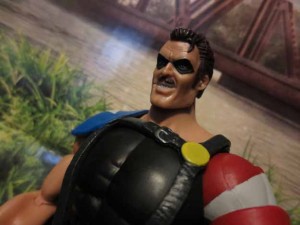 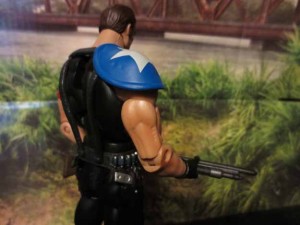 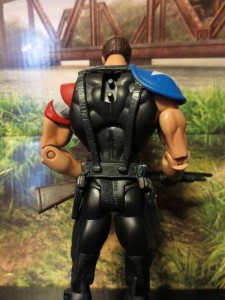 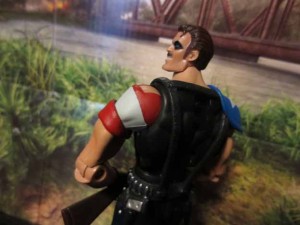 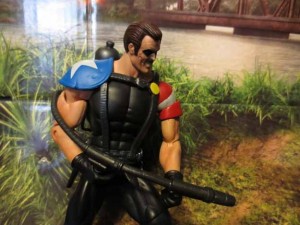 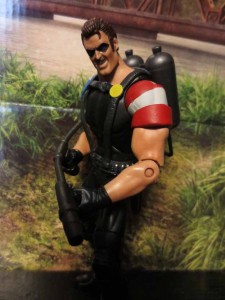 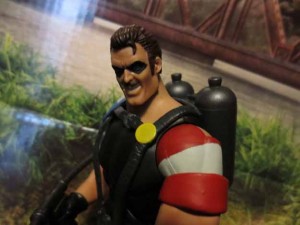 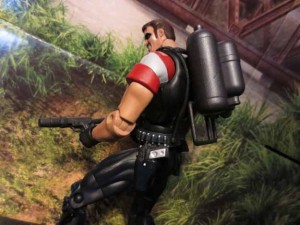 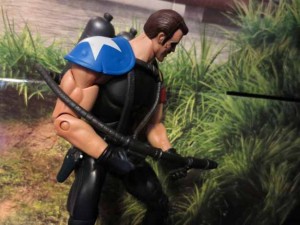 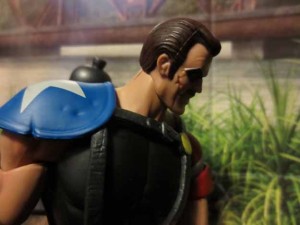 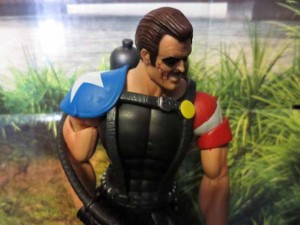