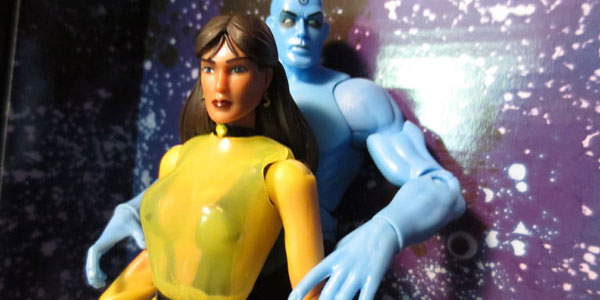 I have not been shy about how impressed I have been with the fantastic execution of Mattel’s Watchmen series.  The Matty Collector exclusives are among the best, most definitive DC toys I’ve ever seen, and that winning trend continues as Ms. Laurie Juspeczyk joins the ranks of the Minutemen.  The Silk Spectre is another amazing figure with lots of new parts and tooling, some fantastic paint apps and a remarkable attention to detail. 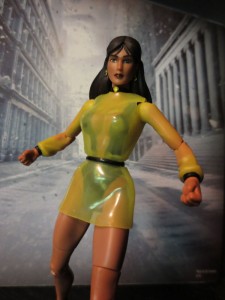 There’s a lot to love about Silk Spectre, I’m almost not sure where to begin.  Laurie gets an all-new portrait, which is one of the best looking female sculpts I’ve seen from the Four Horsemen.  She’s appropriately pretty, features her signature “S” earrings, and features the perfect balance of paint apps to appear “made up” without going overboard.  While the sculpt of her hairstyle is perfect, the shape and harder plastic does restrict her neck movement, which is only a shame because Silk Spectre is a fighting character, and this limits her action poses a bit.

Other than the neck, Silk Spectre is well articulated with all the standard DCU articulation except an ab crunch.  That would get in the way of her incredibly well-executed, sheer yellow dress.  When I first heard about the Watchmen toy line, one of my first thoughts was how, exactly, Mattel would translate Laurie’s iconic dress?  They could have gone the cheap route, and released her in a solid yellow costume, but I am very glad to see they instead went for a riskier, but far more accurate approach.  The dress is made of a very soft, pliable material, which is quite flexible, allowing for full use of Spectre’s hip and leg articulation.  It’s also wonderfully shiny and translucent, creating a hazy see through effect that looks just like Dave Gibbons’ character design from the comic.  Coupled with the skin tone wash on her arms (which provides a similar translucent fabric effect), this figure comes to life brilliantly. 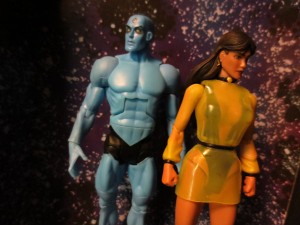 Like her fellow Club Black Freighter figures, Silk Spectre comes packed in a book-style box, in a distinct yellow and black shipping box, which can double as a backdrop display.  While she doesn’t include any accessories, Laurie gets an oversized character card to Match Rorschach and Dr. Manhattan, as well as a display stand.  Wit the release of Silk Spectre, we have assembled half of the novel’s team.  After all these years, all these false starts, and the QC issues of the past which Mattel has been infamous for… I’m stunned and overjoyed that the Watchmen project has been such a smashing success.  These are figures every fan of the comic– and every super hero toy collector– really needs to own. 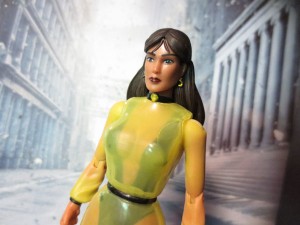 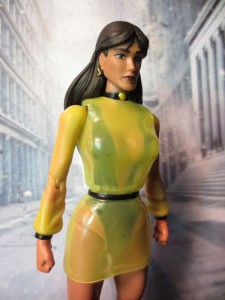 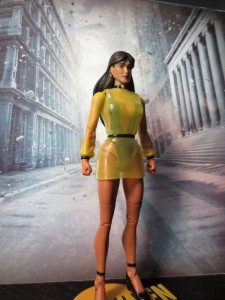 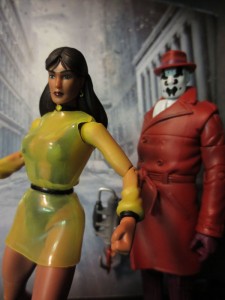 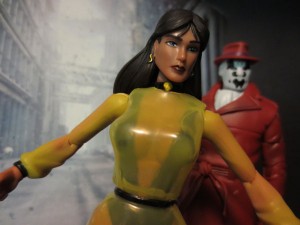 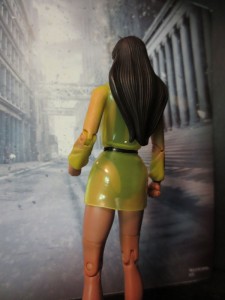 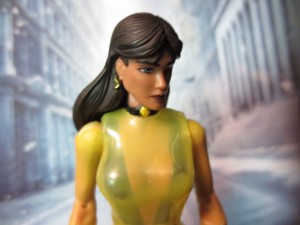 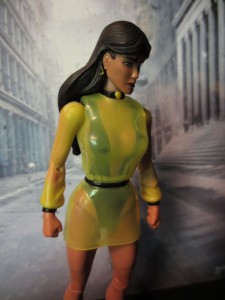 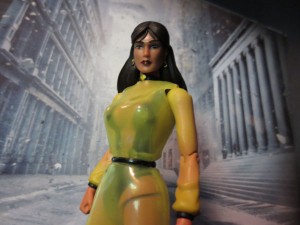 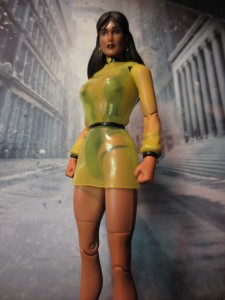 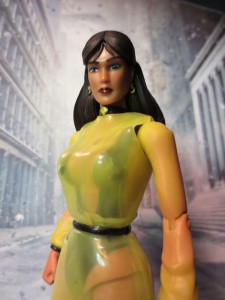 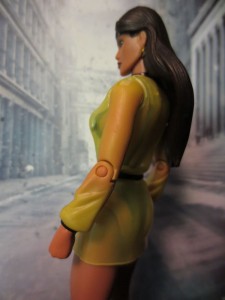 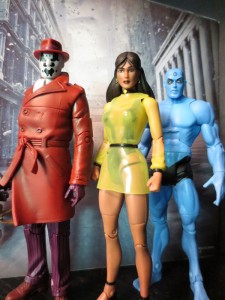 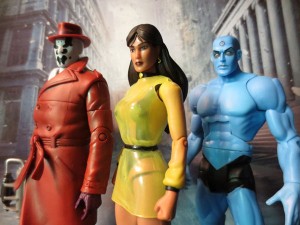 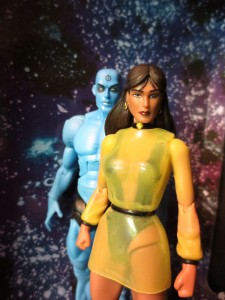 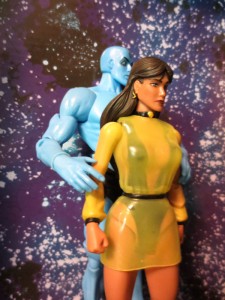 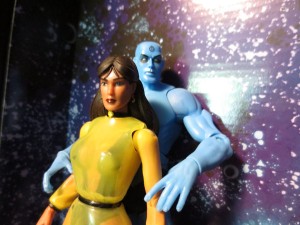 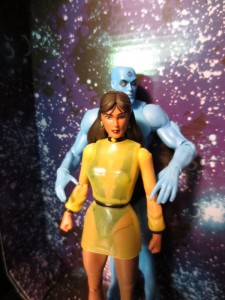 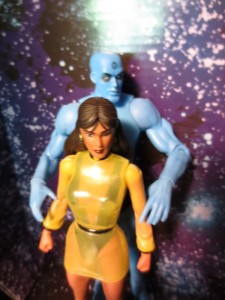 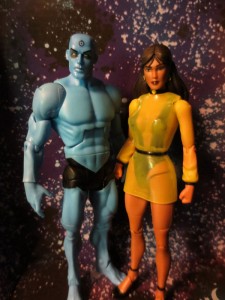 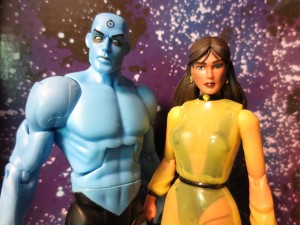 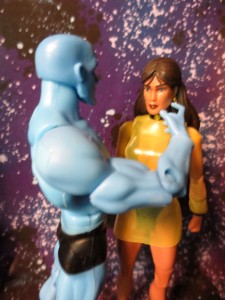 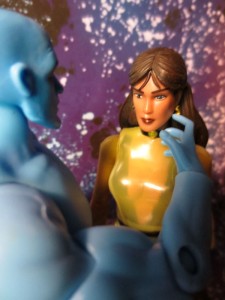 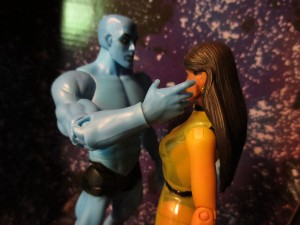 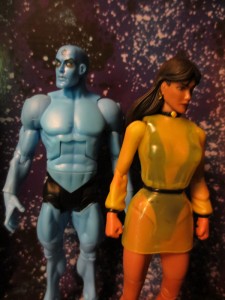