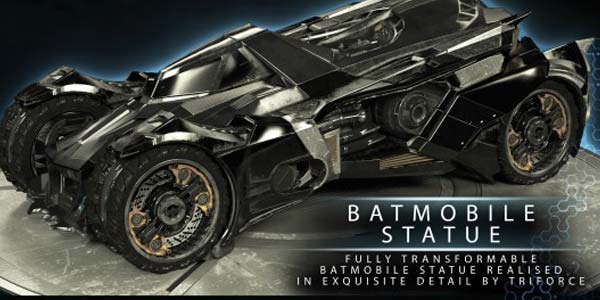 Five days before the game’s release, WB has pulled the plug on one of the versions of the anticipated Batman: Arkham Knight game.

I called a few retailers to confirm, and they have said that, for reasons they are unaware of, the Batmobile Edition of Arkham Knight was pulled. As a compensation, all buyers of the game will be getting the exclusive DLC skins that were to be included with the Batmobile Edition. The Batman Statue Version remains unchanged and will be available on release day.

According to an article from arkhamverse.com the Batmobile was pulled due to quality control issues. Click the link to see the letter one retailer received.