The Weekend Download: Tales from the Crypt: Demon Knight 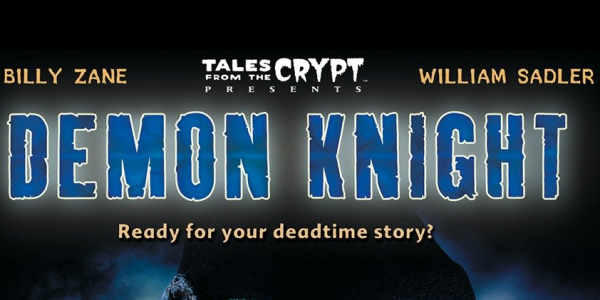 This weekend, inspired by Billy Zane’s appearance in Legends of Tomorrow, I’ll be revisiting a cult-horror-comedy classic.  Tales from the Crypt: Demon Knight.

Hello, I’m Patrick, and this is the Weekend Download! Each week I’ll be digging up a film or TV show that you might not have heard of, never got a chance to watch, didn’t really give a fair shot to the first time, or something that I find relevant or interesting enough to do an article about. I’ll also be including links where you can buy or rent these films and shows, as well as identifying streaming services where they would be available, to give you a chance to really take a look at these films and shows to draw your own conclusions. I’ll also be delving into my own collection (which I think I stopped expanding back in 2009) to rewatch some of the movies and shows that I loved when I was younger, and see if they still hold up today. So, without further ado, let’s start the Weekend Download!

This week I had a craving for some good old-fashioned horror-comedy. It’s my favorite subgenre of horror and I felt it’s only right to go over at least a couple of horror films while we’re still in the month of October. When I watched Legends of Tomorrow and saw Billy Zane acting like a total ham villain, I remembered this little gem from 1995, which I first experienced pretty recently (about 5 years ago.) I booted up the PlayStation and found this beauty on the Sony Store, so I figured this was the perfect time to revisit it and give you a few of my impressions.

As this is a Tales from the Crypt production, there’s the ever-quirky wrap-around story, this time involving the incomparable Crypt Keeper (voiced by the equally impressive John Kassir) shooting his “directorial debut” (the film is actually directed beautifully by Ernest R. Dickerson) with all the blood, gore, filth, and nudity that Tales from the Crypt has always championed. It’s after his lead actor (John Larroquette) fails to cooperate that the 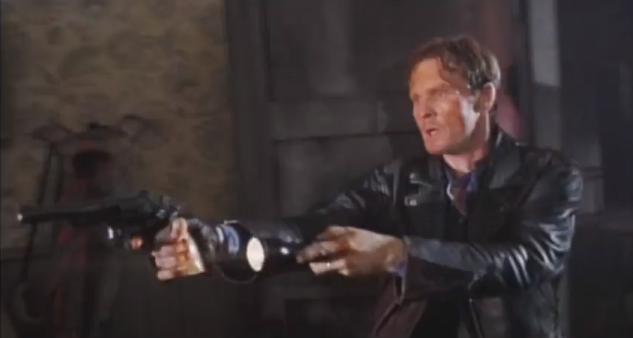 Keeper does what he does best and introduces the night’s story. It’s with that, Demon Knight gets started. William Sadler stars as the incredibly 90’s cool Brayker, a mysterious drifter on the run from a mysterious cowboy hat wearing southern repo-man played by Billy Zane. After a narrowly escaping a deadly crash, Brayker comes to an inn in the town of Wormwood, New Mexico, that coincidentally was a church at one time. There he meets the irate innkeeper Irene (CCH Pounder,) local drunk Uncle Willy (Dick Miller,) Irene’s charge Jeryline (Jada Pinkett Smith,) coquettish and tragically weak-willed Cordelia (Brenda Bakke,) the strange and lovesick Wally (Charles Fleischer,) and obligatory totally scumbag Roach (Thomas Haden Church.) When the Repo-man chasing Brayker ends up showing his true colors and unleashes demons on the group in the inn, Brayker and the survivors have to band together to hold off the Collector’s attempts to taunt, seduce, and murder them all the while trying to keep a holy relic from falling into his hands. Brayker though, whether he lives or dies, has one more grim mission ahead of him and no matter his own fate, he can’t fail.

A B-movie in every single way, Demon Knight is a horror-comedy with a pretty decent amount of action thrown in. The computer effects are obviously very dated, but the practical effects and monster magic are evidence of a kind of lost art of filmmaking and makeup effects in general. But gross isn’t unusual for either horror films or Tales from the Crypt and Demon Knight is actually an oddity for both. One thing that makes Demon Knight more than just an extended Tales from the Crypt segment is that the story has a particular set of rules that it subscribes to in order to make the suspense work. The rules are powered by Christian mythology and consist of multiple plot elements (tattoos, divine duties, relics, and blood-rituals) that make up the story’s unique (for a horror movie anyway) concept. It’s bolstered particularly by William Sadler’s Brayker who’s manic devotion to the rules 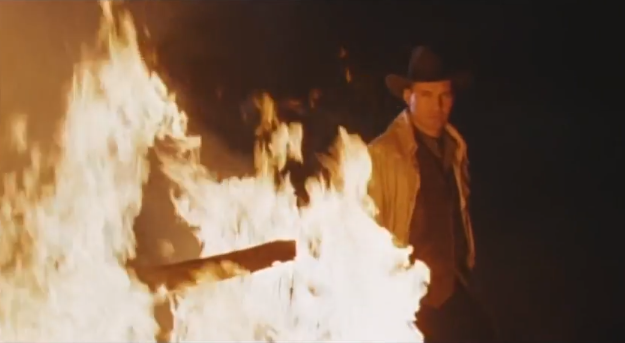 and, simultaneous utter disdain for them, make his actions and attitude convincingly dire. The film’s slavish devotion to these rules is what manages to keep the usual practical horror movie questions at a minimum, specifically relating the demons ability to enter the inn. The movie is surprisingly solid from a continuity standpoint, so it’s easy to keep track of how and where the demons can get in, so when something occurs and the characters don’t know about it and we do it’s especially nerve-racking. As for the acting, it’s really hit and miss most of the time, but I still have to give particular credit to CCH Pounder and Jada Pinkett Smith for playing two of the most baddass characters in the movie. CCH Pounder specifically has some of the absolute best one-liners of the film. All that though, and we get to the real reason to watch Demon Knight: Billy Zane. This is easily one of Billy Zane’s most entertaining roles. He’s sadistic, charming, funny, and just the right amount of goofy. All that said though, he still manages to be a threatening and imposing, figure so he projects a sturdy strength. The way he moves is almost snakelike, so surprisingly, he can be both bold and subversive. He’s an effective villain as well as be convincingly hard to resist (like the character is supposed to be.)

Final Word: Tales from the Crypt: Demon Knight is totally awesome. It’s funny, suspenseful, and very creative. Billy Zane takes the lead when it comes to making this movie magnetically entertaining, but with the cast mainly made up of character actors, everyone seems to be digging their heels into their roles. Aspects of the film are a little bit dated understandably, so whereas I feel like that can add to something’s charm, I can see how someone else might find it distracting from the integrity of the narrative. Unlike typical Tales from the Crypt (excluding Bordello of Blood’s awesome super-soaker scene), this one really embraces the action elements over the horror without sacrificing the gore. If you like movies like Evil Dead and Fright Night, this is one you definitely shouldn’t skip over.

Unlike Natural City, you can find this one pretty much anywhere. (Amazon, iTunes, Microsoft Store, Sony Store, and Youtube) just to name a few) That’s gonna do it for this week’s Weekend Download. If you have any thoughts be sure to leave them in the comments below. Until next time, logging off.