What Should Be in NECA’s Prometheus Toy Line? 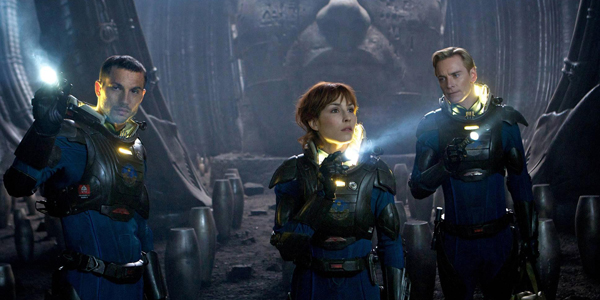 For me, one of the most exciting reveals at Toy Fair was NECA’s announcement that they would be releasing a toy line for Prometheus. Ridley Scott’s upcoming movie looks incredibly ambitious and insanely cool, and (I hope) may end up being the best film of the Summer. While many details about the movie are still shrouded in mystery, from what we’ve seen so far it looks like there will be no shortage of visually dynamic stuff just begging to be captured in plastic. I though it would be fun to go place some guesses on what the upcoming Prometheus toy line could look like…

It’s tough to make a wish list for a toy line when you have as little intel on the film as we do right now for Prometheus. Randy Falk of NECA admitted as much on his end too back at Toy Fair– since the company had just landed the rights to the license in January 2012, they hadn’t even had enough time to build prototypes yet!  But one look at the latest trailer for the movie suggests plenty of things just itching to be made into toys:

Based on NECA’s typical plans for movie toys, I’m thinking what we will get will be three to four action figures in a 6″ scale. Since the movie toy masters don’t often do vehicles or playsets, I think figures only is a safe bet. Let’s venture the guess that we will see figures in the first assortment, since that has been a model they’ve used in the past. The most visually striking things in this trailer, in my opinion are the Space Jockey and the new space suits worn by the ill-fated crew of the Prometheus, so I think both of these are solid bets. 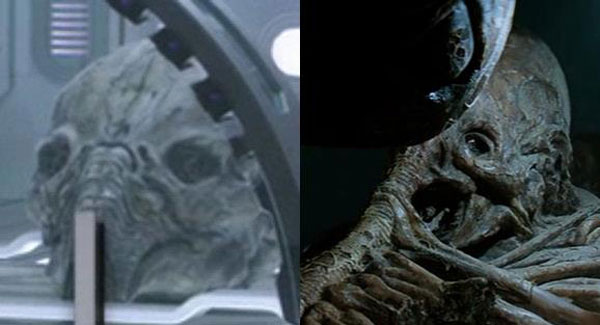 The Space Jockey is flat-out an icon of cinematic sci-fi, and fans have speculated for decades now about the origins of this mysterious creature from Scott’s first Alien movie. It makes sense, then, that the opportunity to learn more about this creature in Prometheus is one of the most exciting facets of the film, and I can’t imagine NECA passing up the chance to create a toy of this creature which is both iconic and visually arresting… in other words, right up NECA’s alley. 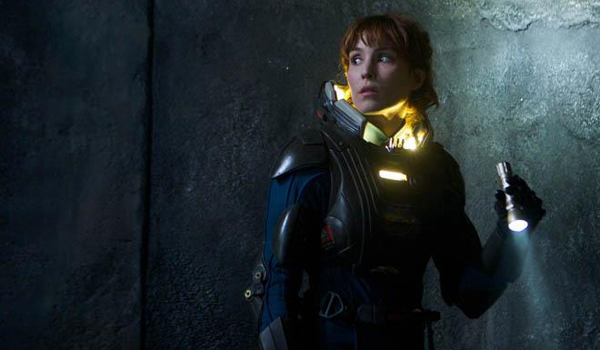 I also think we will get a figure for the protagonist, Elizabeth Shaw (Noomi Rapace). The space suit would be an ideal, visually striking outfit for our heroine, and the details of the suit and its mechanics would offer another chance for the detail-oriented NECA sculpting team to really flex their muscles. I’d love to see Shaw in her suit with a removable helmet and a display base with an egg or a heiroglyph backdrop as seen in the trailer. 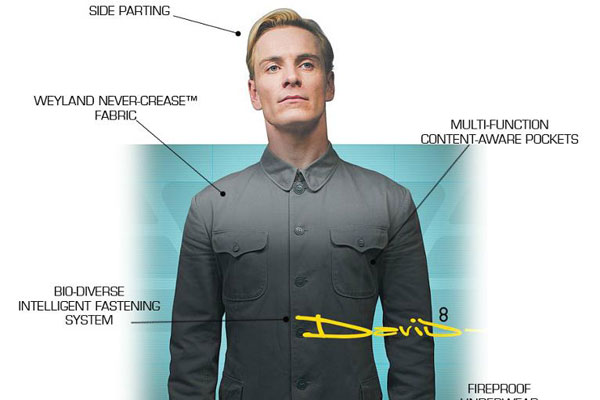 The other “human” I’d wager on isn’t really human… David 8, the android character played by Michael Fassbender, has been a key piece of much of the film’s viral marketing online, and it looks like his role in the movie itself will be just as integral. Packing David in either his space suit or onboard flight suit would make for a great figure of fan-favorite Fassbender, and any of the various scientific gear or holograms he’s seen playing with in the trailer would make another exceptional piece.

I think these three characters are the safest bets for the toy line. From what we’ve seen so far if the movie (and toy line) take off like I hope they will, there’s plenty of other characters that would be great– a NECA-sculpted Charlize Theron as (rumored) villain Meredith Vickers, or omnipresent badass Idris Elba as Janek would be welcome additions to my toy shelf regardless of the size of their final roles. I’m very confident the movie will reveal lots more great secondary characters that would be just as phenomenal to see captured in plastic.

Time will tell for how NECA’s actual Prometheus toy line will shape up. With such a limited window to turn these figures from concept to final toys, I have a feeling more information will be coming fast and furious from NECA as soon as possible… I’m very excited to see exactly what it is Ridley Scott has created with Prometheus… and I’m just as excited to see what NECA has waiting in the wings.