Whiperer in the Dark: The Walking Dead’s Alpha 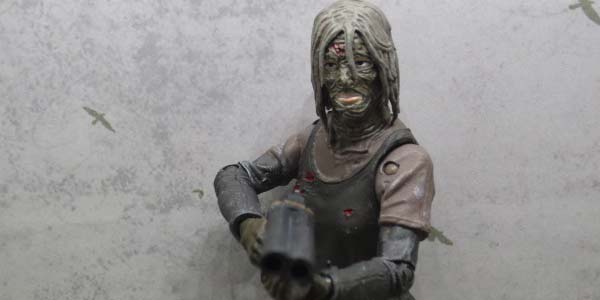 The brutal leader of the Whisperers is the latest to join McFarlane Toys’ Walking Dead action figure line.

There have been a number of major, for real villains in the long-running Image comic series The Walking Dead, and the latest among them is Alpha, the leader of the Whisperers.  An advocate for moving humanity back to a primal, pre-civilization status, Alpha is more a mirror-opposite to Rick Grimes than any of his previous enemies, and she is NOT the type of person you want on your bad side.

Alpha has certainly made a huge impact in the comics, not unlike The Governor and Negan before her, so I’m glad to see McFarlane including her in their comic-based toy line.  Released as a Skybound exclusive one-off on Black Friday (just like Negan previously), Alpha is available in two variants– full color and black and white.  Each figure shares the same sculpt, which is all new and highly detailed.  Alpha is wearing basic, blood covered shirts in two layers, along with dark jeans and work boots.  Her drab, full body covering wardrobe connects with her character, whose group dress in Walker skins in order to travel unseen amongst the zombie hordes.

In keeping with her behavior, Alpha includes an alternate headsculpt with her Walker skin mask.  It’s a very well sculpted piece, which echoes back to Leatherface, and makes Alpha look truly unique within the Walking Dead collection.  Alpha’s standard head features her completely bald head, and each pops on and off with ease thanks to a ball peg placed about halfway down her neck.

The figure features all the articulation we’ve seen on recent Walking Dead figures, and she comes packing a huge double barrel shotgun, as well as a bloody machete.  It may be a little early to tell where the fairly new Alpha will rank in the all-time list of Walking Dead villains, but she has certainly earned her place in McFarlane’s toy line regardless.  Anyone who’s read issue #144 will know exactly why.

You can add Alpha to your Walking Dead toy collection over at Skybound. 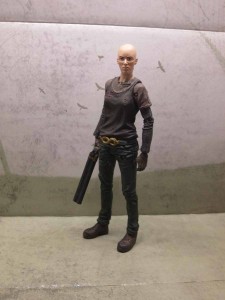 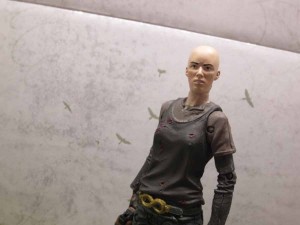 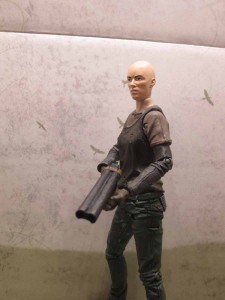 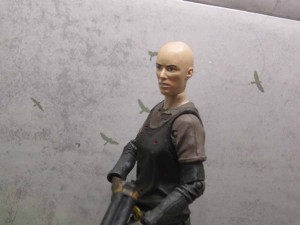 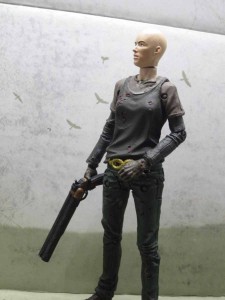 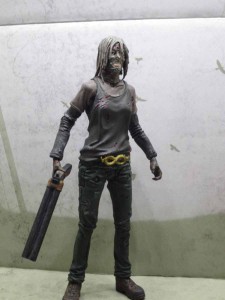 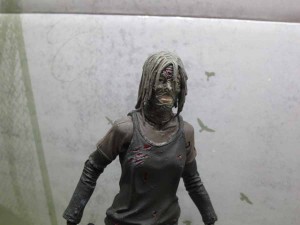 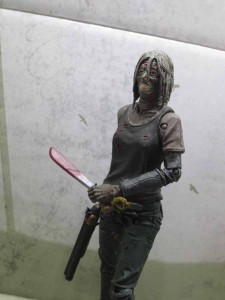 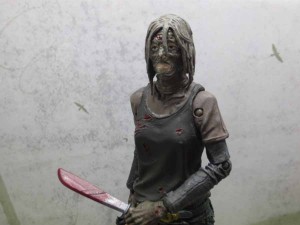 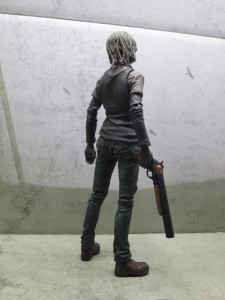 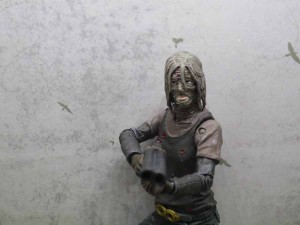 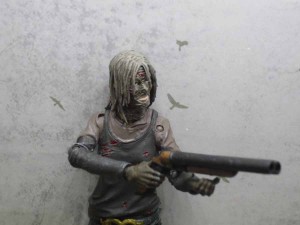 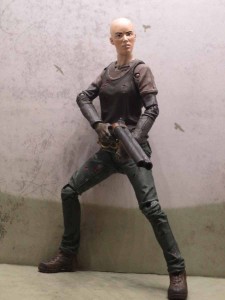 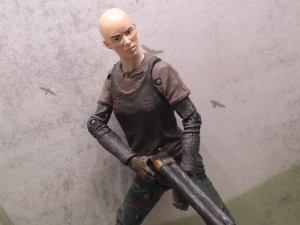 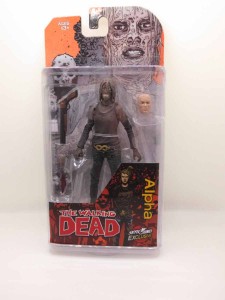 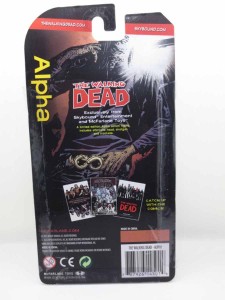 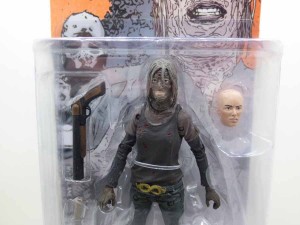