White Jinx Is A Cool Variant 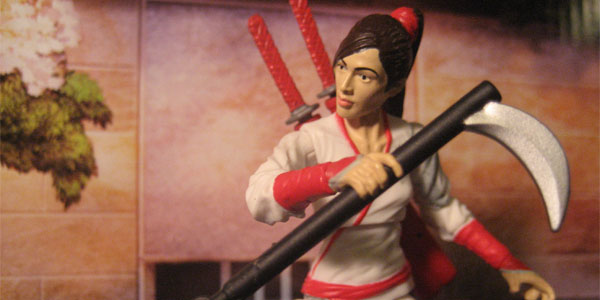 Keeping up with their trend from the last few years, Hasbro released a very limited, and already highly sought-after variant of their awesome GI Joe Jinx figure.  The alternate take on Kim Arashikage sports a new, unmasked headsculpt and a white version of her costume, and it’s a great figure for any die-hard Real American Hero collectors. 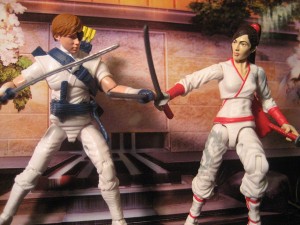 The classic red Jinx was one of the best exclusives available at this year’s Comic Con, as the often in-demand ninja finally made her way into the 25th/ Modern collection with a beautiful new sculpt, classic styling and some great accessories.

The alternate deco of the Joe’s female ninja sees her released in a white gi, inspired by her sparring appearance in issue 59 of the Marvel comic series.  The white outfit now includes some red trim on the boots, gloves and belt, as well as a very cool dragon pattern on one sleeve and pant leg.  But the real selling point of this variant is the new, unmasked headsculpt, which can work great as both a comic-style Jinx or actress Elodie Yung from Retaliation. 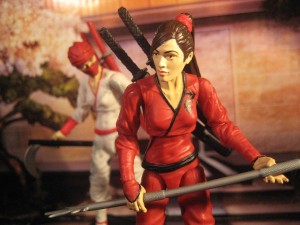 Since GI Joe employs Hasbro’s great ball and socket neck joints, the heads on both Jinx figures can be switched very easily, offering an unmasked version of her iconic, red outfit look with ease.

Much like the business suit Cobra Commander or last year’s black Zarana, the white Jinx makes for a cool looking variant, but one that’s not really integral to a collection feeling complete. The best Con exclusives are always the ones that offer a cool-looking figure that isn’t a necessary part of the complete collection, and the white Jinx covers both points perfectly. 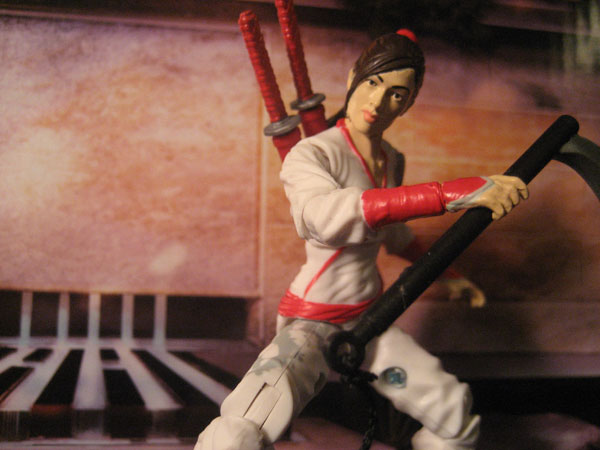 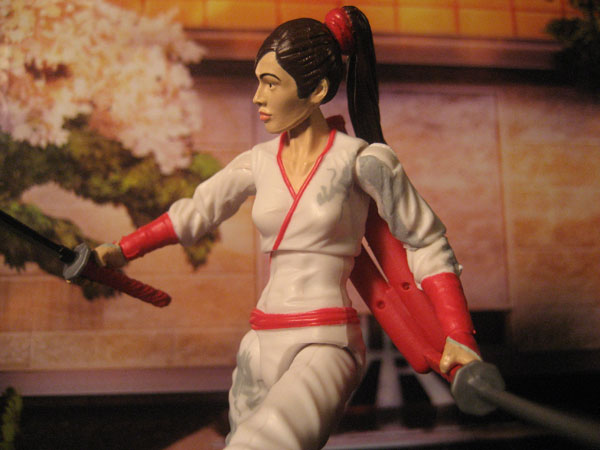 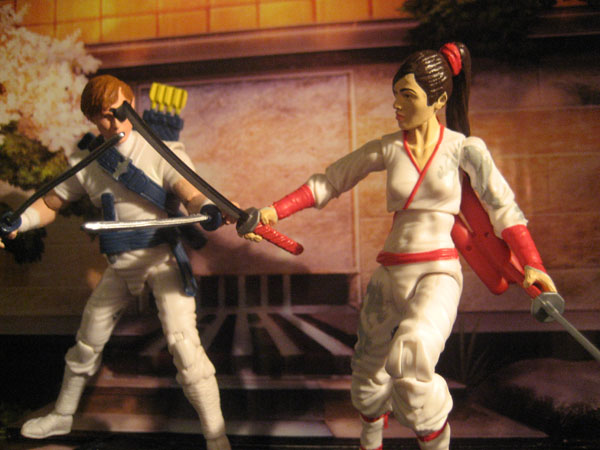 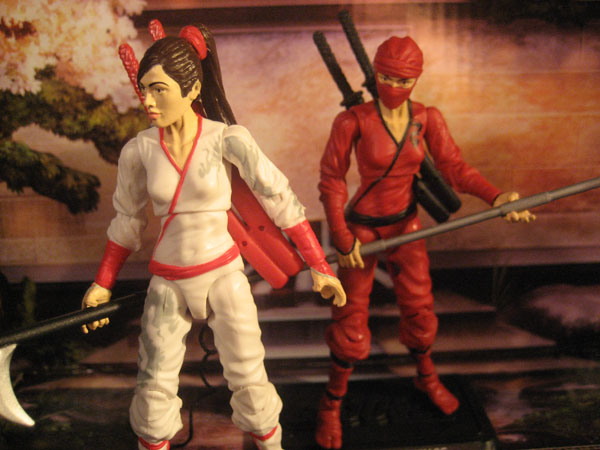 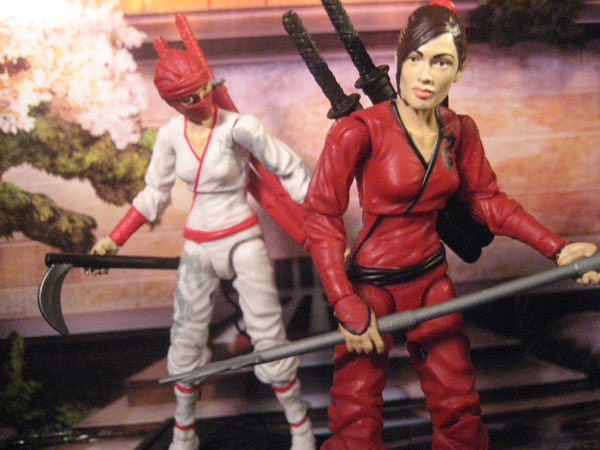