Why I Hope Disney Really Is Buying Hasbro 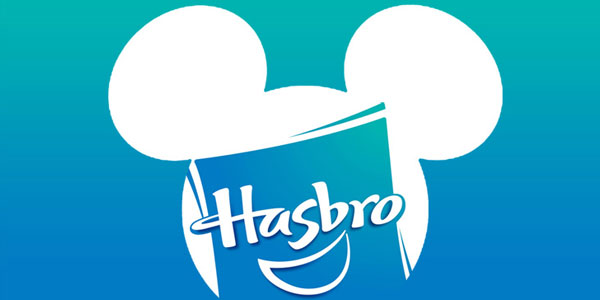 Rumors are circulating that Disney is considering the purchase of Hasbro, and I think that could be a great move for both companies.

Last week, MTV Geek broke the rumored news that Disney is looking into buying Hasbro, and since that word got out, there’s been a lot of discussion online both for and against, but I think this is a very smart move for both of them.  This possible sale is following up on the heels of Disney’s recent $4 billion purchase of LucasFilm, and of course the mouse house bought Marvel a few years ago as well.

Hasbro has proven with Transformers and My Little Pony how far they can excel with their own in-house properties– these two franchises are such powerhouses, they’re the only two we’ve seen this year not fall victim to production and distribution issues, and I think part of that is based on the fact that there’s no licensing or red tape between Hasbro and their products.  In-house always makes it easier to control all facets of a property, and a line like GI Joe proves again that even pricing is easier to control– as recently as this Summer, a basic edition Cobra soldier figure came packed with the same parachute as the 50% more expensive deluxe edition Captain America released in 2011. One of the reasons for this? Licensing costs.

If the Hasbro buyout goes through, essentially ALL of Hasbro’s properties would now be in-house, under the Disney umbrella. I’m sure there would still be licensing costs for separate properties like Marvel and Star Wars, but the process would certainly be streamlined, and Hasbro could focus more exclusively on production and distribution rather than licensing.

I feel Disney would be a huge asset to have in the toy company’s corner regarding distribution also.  Any toy collector worth their salt has heard the horror stories of toy companies dealing with the stupid, reactive and uncooperative retail buyers, the number one obstacle preventing kids and collectors alike from being able to find the toys we search high and low for. These buyers are bullies and thugs, often strong-arming toy companies– even big ones like Hasbro and Mattel– into providing store exclusives, terrible case ratios and most of the other headaches that make collecting such a frustrating hobby.  I’m not saying Disney would have the power/ even want to correct this broken dynamic, but I can’t help but think these toy buyer idiots would be quite as brash and ballsy if they were concerned about pissing off DISNEY.

Even if the buyers at stores like Wal-Mart and Target continue driving their toy departments into the ground, Disney would at the very least offer lots of shelf space at their Disney Stores and theme parks for all the Hasbro properties. Disney Stores have been a gold mine since the Marvel acquisition– I’ve found lots of figures there that never made it to standard retail, and this year we have seen Disney and Diamond partnering for exclusive Marvel Select figures, which are plentifully ordered in the stores AND all available on Disney’s website.  Disney Stores are on average well-managed, and very oriented on customer service, and adding a full assortment of all Hasbro’s properties would be a major move for this store chain, as well as we as consumers, offering another major outlet to include in toy hunts, and one that might become big enough it forces the likes of Target and Toys R Us to clean up their act.

The Hasbro buy would give Disney more than legitimacy in its retail stores– they’d also gain Hasbro’s in-house properties, getting them on board the Transformers train. Yes, the Transformers movies are terrible (I have yet to hear anyone admit to even liking the second or third), but they’re certainly lucrative. Disney would likely stay out of the way, creatively (as they have done with Marvel), but their cut of whatever the next big Transformers property rakes in would likely recoup their initial purchase of the company.  Other lines like GI Joe, My Little Pony and Bey Blade would just be icing on the cake– the new Pony is doing gangbusters on The Hub, while GI Joe’s new movie next Spring could hopefully catapult my favorite property into the public eye in a strong way.

At the end of the day, what I care about most is the impact on us, the consumers. Hasbro has had a troubling year, with sizable layoffs, the eleventh-hour push back of the GI Joe movie, and production and distribution problems plaguing all their toy lines, even the usually untouchable Star Wars.  I believe the Disney ownership could offer Hasbro some extra clout to deal with the toy buyers and correct many of the distro issues we’ve seen recently, while the lack of licensing costs could let the toymakers focus on doing what they do best– creating awesome toys.

What do you think? Are you hoping Disney is planning to buy Hasbro? Do you agree it’s a smart move?