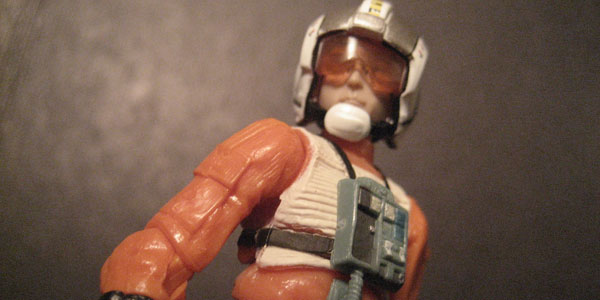 Like many Star Wars fans these days, I have a kind of conflicted relationship with the Galaxy Far, Far Away. But recently, things have changed and I’m kind of back into Star Wars… the toys, at least. So I wanted to write about it…

Me and Star Wars go way back.  Return of the Jedi was the first movie I saw in theaters, and at the age of three my Dad and I embarked on my first, ever toy hunt chasing the elusive Gamorrean Guard figure. I stuck with Star Wars movies and toys for years, anxiously awaiting Hasbro’s relaunch of the line in 1995, the re-release to theaters in ’97 and, of course, the prequels in ’99.  I was an ardent defender of Lucas for as long as any sane person could be, but by the time the disappointment of the new trilogy set in, I could see the writing on the walls… me and Star Wars, as a property, were done.

I still collected the toys for a bit, but felt half-hearted at best.  They were cool, but in the mid-2000’s Hasbro’s line had become an absolute beast to collect, and I just didn’t care about most of the toys I was buying, even when I found them.  The last straw was the McQuarrie concept sub-set, which was such a nightmare to complete it resulted in everything from a guy stealing McQuarrie Chewbacca out of my hand on the way to the register, to me being banned from a dozen Wal-Marts.  No joke– I spent so much time hitting my local stores hoping maybe today would be the day they restocked the empty Star Wars pegs, and looking over pallets on the floor that I was labelled a “shrink risk,” and was accused of being a thief for coming in to the store every day and leaving empty-handed.  So I called it quits. No toy line was worth that level of hassle.

It was remarkably easy to break clean from Star Wars. I already had virtually the entire collection, and junk like the CGI Clone Wars cartoon made it easier and easier to keep my distance. 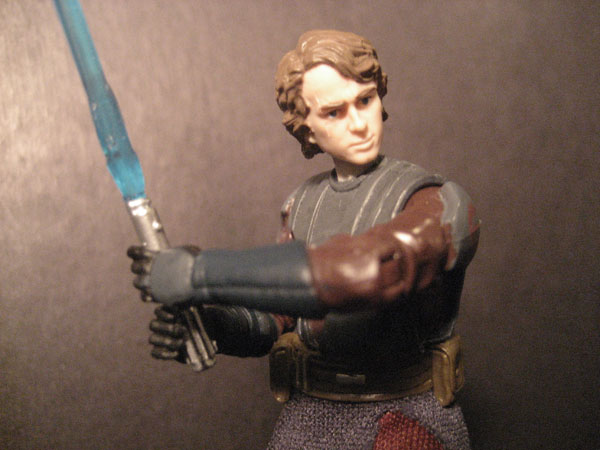 But then, after the Holidays this past year, with a pocketful of gift cards and nothing to buy, I came across a bunch of Vintage collection figures at Marshall’s and Five Below. For less than five bucks each, I picked a couple of them up, including Kit Fisto, Jango Fett and Mace Windu.  I always loved the Vintage packaging, and these figures looked to be pretty cool updates of the characters… and at that price why not?

Since then, I’ve been casually collecting Star Wars figures again, and I have to say I’m pretty impressed with many of Hasbro’s new Vintage offerings. I tracked down the elusive Wedge Antilles with the help of our friends at Toycade, and he’s an awesome figure. I always had a soft spot for Luke’s second-best buddy (hell, I co-ran a Wedge fanzine back in high school!), and the figure featured a great sculpt with a well-articulated pilot body, an excellent portrait and a helmet that displays perfectly on the figure.

I’ve seen some other figures pop up at retail, including the recent Darth Malgus and Clone Wars Anakin Skywalker, and picked them up on a lark. These two are also pretty great toys– I know next to nothing about Knights of the Old Republic, but Malgus is certainly a cool-looking new Sith villain, and I had never seen him before at retail. Anakin came with me too, thanks to Toys R Us’ “buy one get one” sale, and he’s a well-crafted new version of the would-be Vader, bringing the animated design into a realistic figure that matches the rest of the Vintage collection. 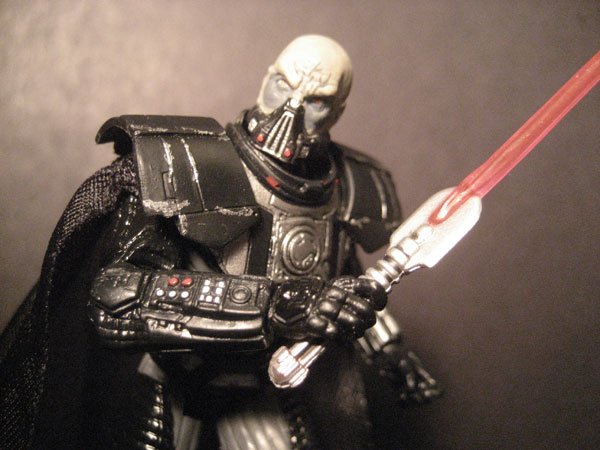 I always felt Hasbro did a great job with Star Wars, and I think both me and the company changed just enough over the past few years to make collecting these figures something I could do without any pressure.  For Hasbro’s part, the Vintage collection was a genius move– instead of short-packing collector oriented figures in a general casepack, they realized there’s enough Star Wars collectors to support their own line, separate from the kids’ line. Hasbro is taking a similar approach with Marvel Legends, and it seems like a win for both properties.

On my end, I got rid of my old completist attitude. I used to be obsessive about getting every figure in a series, even ones I knew I would never display, play with or anything. One day I realized there’s no point wasting money on something I don’t even want… especially if it was a hard to find figure that another collector– or even a little kid– would really cherish.  So I stopped being a completist, across the board.  If I like a figure or a character, I’ll get the toy.  If not, then I’ll pass.  It’s simple, stress-free, and saves a lot of money, which are always important in trying to sustain a silly hobby like toy collecting. Rather than stalk Wal-Mart pallets at night, now I talk to the toy department manager about what I’m looking for. If they don’t help (which is sadly often), I talk to the store manager instead. It makes the hobby more manageable, with way less frustration and, honestly, better results. 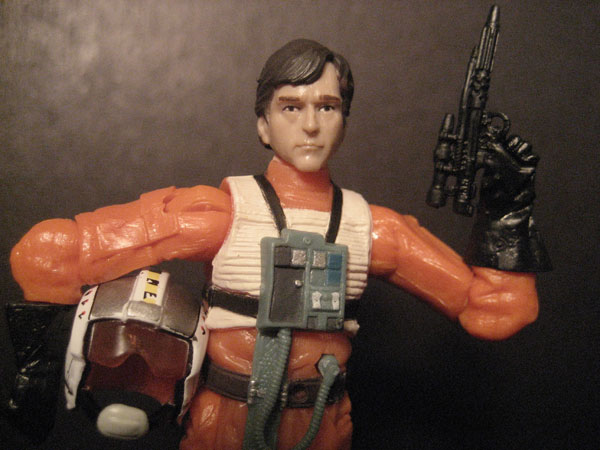 So the stars aligned (no pun intended) between me and Star Wars, and now I’m a happy, casual collector again. No chasing.  No completist mentality.  If I see a figure that looks cool, I’ll pick him up and welcome him to my Star Wars collection.

It’s a simple attitude to take to this sometimes-stressful hobby, and it makes collecting Star Wars fun again. 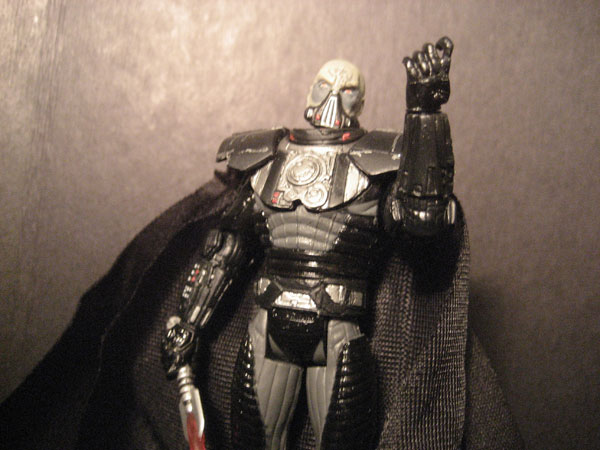 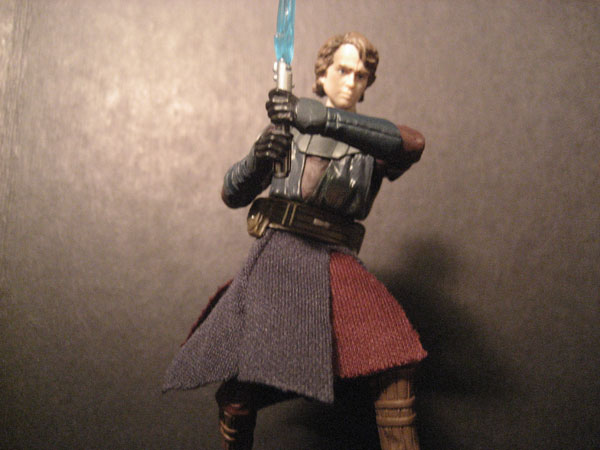 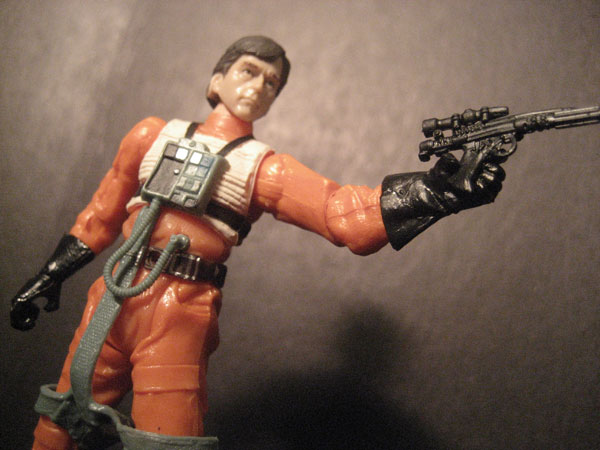