Who Wields The Hammer Of Thor? Captain Action! 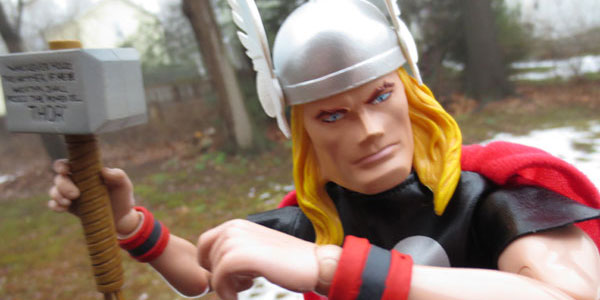 Captain Action plays dress-up again with the new Thor costume– an epic improvement on Round 2’s previous costume sets– that makes for a fun new toy of Marvel’s God of Thunder.

Round 2’s recent relaunch of Captain Action really impressed me, with all-new figures of the good Captain and his arch-nemesis Dr. Evil that felt like wonderful upgrades to the vintage Ideal toy line.  But on top of being fun toys in their own right, the new Captain Action line also carries over the classic toy’s famous gimmick– licensed costumes, so you can dress up Captain Action to look like a multitude of Marvel Comics heroes! 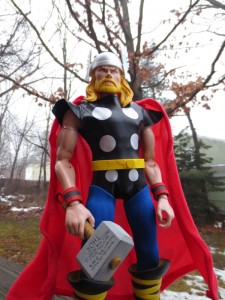 The new costume sets are available in two varieties:  basic sets include the core elements of a hero’s costume, complete with a rubber mask for Captain Action to wear, and run about $20.  Specialty shops have an exclusive Deluxe version of each costume pack, which features all the stuff from the basic set, plus extra pieces to add to the character, an extra mask and a bonus “Build-A-Costume” piece to assemble an entire bonus Hawkeye costume (Thor includes Hawkeye’s pants and belt).  These deluxe sets go for $30, and with all the extras they pack in, they’re clearly the better value.

The Thor Deluxe costume is one of two released in the second wave, and he’s definitely my favorite outfit so far.  All the Captain Action characters are featured in their classic outfits, so we get sleeveless Thor with his black tunic, red cape and blue leggings, along with his yellow boots and belt, wristbands and winged helmet.  Each piece looks great, and the cloth costume fits Captain Action very well, with good proportions all around.  The cape is sewn onto the tunic, so the outfit and cape are one single piece, which makes taking it on and off quite simple.  The wristbands are also an easy assembly, since CA’s hands pop off at the wrist, while the boots slide on and off with ease– and since the new Captain Action doll is solidly constructed, I felt very little apprehension about any breakage in his ankles. 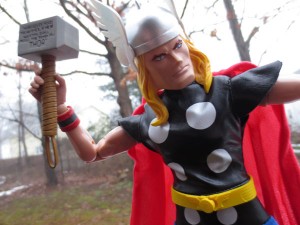 The only piece I had trouble with was the belt, which featured a quite short peg making it difficult to snap in place.  It took me about a dozen tries to get the fastened belt on the figure properly (I had to snap it firmly in place on its own then slide it up the figure’s legs), but it was the one headache of the entire outfit. This box set also includes the Thunder God’s hammer, complete with inscription, Dr. Blake’s walking stick, a Daily Bugle newspaper featuring Thor’s heroics, and a cool snap-on lightning bolt which clips to the hammer.  Of course, we also get two masks– while his fellow heroes all sport masked and unmasked looks for their variant faces, the maskless Thor includes a 60’s, Kirby-style face, along with a bearded 80’s Thor based on Walt Simonson’s artwork. 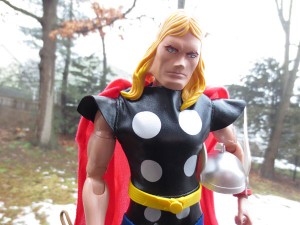 The masks, meanwhile, come on and off with ease.  The Deluxe Thor set includes two masks– Both masks look fantastic, and great approximations of their respective source material artists.  Earlier Captain Action masks had some scale issues, with Captain America’s head looking especially large for the figure.  Both of Thor’s heads look way better scaled, and while the Kirby mask is still a tad oversized, the bearded one looks absolutely perfect.  This proves to me that Round 2 is considering this line a working experiment, looking at their results and figuring out how to improve. This is AWESOME, and something that we sadly don’t see enough of in the toy world, which is usually full of all the Mattel’s out there and their “be happy with what you got” attitude. 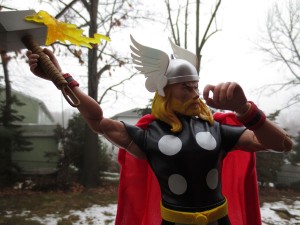 Even with the dramatic improvements in design and execution above the first set of costumes, the Captain Action outfits are still a play feature first and foremost.  Expecting Hot Toys level of accuracy and detailing is not only unreasonable, but it misses the point of what Captain Action is all about– FUN.  I have a pretty sizeable toy collection, and aside from posing figures for review photos, when I really think about it– I don’t play with many toys that often.  Over the past few weeks, I’ve been playing nonstop with my new Captain Action, posing him and Dr. Evil, and dressing him up in his hero costumes.  It’s been a blast, and I can’t wait to get my hands on even more outfits soon!

Like I said, if you’re going to go in for any of Captain Action’s costumes, don’t bite on the basic sets, shell out the extra ten bucks for the way cooler Deluxe versions.  Our friends at Mike’s Comics N Stuff have them in stock now– Click Here to order Thor, Loki, Captain America or Spider-Man. 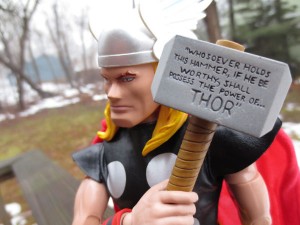 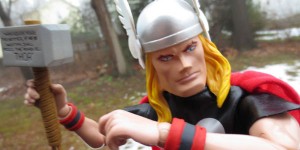 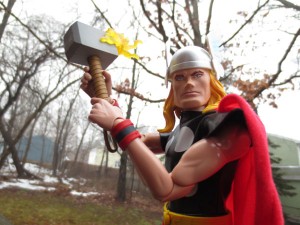 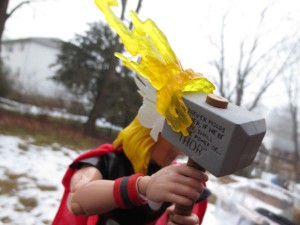 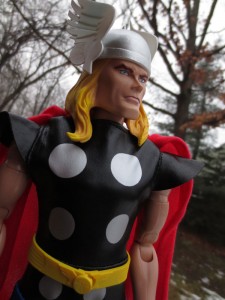 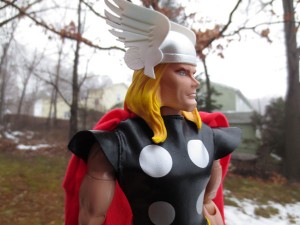 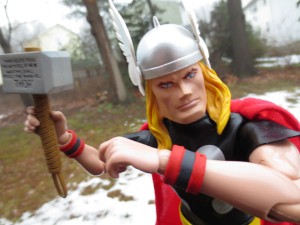 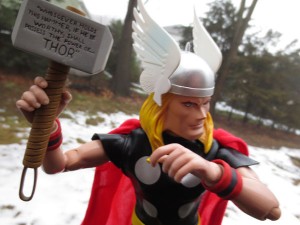 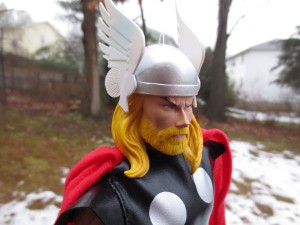 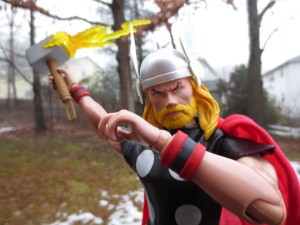 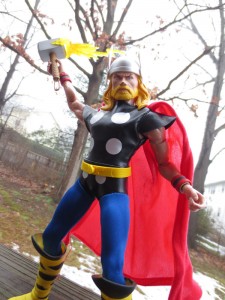 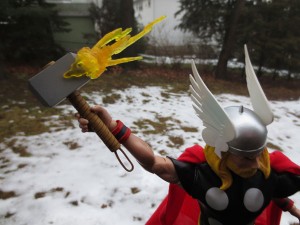 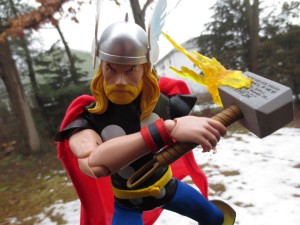 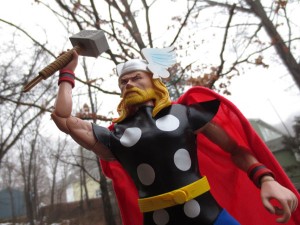