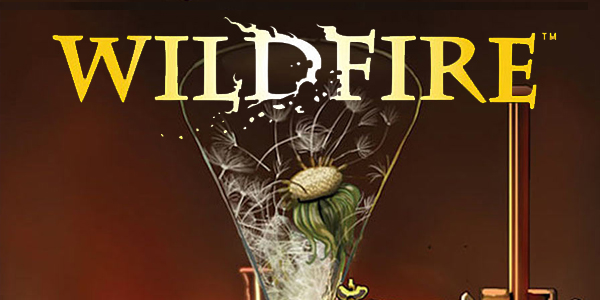 Wildfire #1, written by Matt Hawkins with art by Linda Sejic, starts off with two sides of a very heated and topical argument. It’s very clear that the following narrative will explore the complications of an ever growing civilization trying to adapt its food supply to fit its appetite. The plot explores the complications of genetically modifying food to fit the high demand. Also the introduction alludes to the books title, showing Los Angeles engulfed in flames, then time travels back a few days to see how we got there.

What follows is a very slow moving plot line that is heavy on dialogue. The reader is introduced to Dr. Beth Silva, a leading scientist in the field of evolutionary biology, as well as Dr. Gerald Lerner, a very vocal opponent of genetically modified foods. The two appear on a news outlet, and after some heated discussion, Dr. Silva claims that her organization is not only helping the world, but has already developed science to end world hunger. This sparks a wave of interest from the public, who want to see proof of the process, as well as stress from Dr. Silva’s team who loathe the embellished statement.  A press conference is set up a couple days after the show airs, and it’s up to Dr. Silva’s team to put their money where their mouths are.

The team decide to use a dandelion plant for their demonstration, relying on the plant’s ability to grow quickly as to not bore the audience. Shortly after the presentation, a protester storms the stage, and begins a tirade against Dr. Silva’s work. An altercation ensues and a bit of the dandelion specimen is leaked from the containment field. To Dr. Silva’s credit, the dandelions demonstrate their ability of a shortened growth period very well, however, the dandelions grow rampant throughout Los Angeles overnight. This raises concerns in the community about… you guessed it… potential fire hazards.

Sejic’s art is dynamic and offers highly detailed foreground compositions, balanced by blurred out background scenery that anchors the reader in the setting. She makes good use of sequential panels to show time elapsing and the growth process working together. I also like how the skintones used an array of colors, adding to the realism. Some of the scenery is made up of hard-edged circles of color, which can be a little distracting, but can be easily overlooked by readers concentrating on the dialogue.

Wildfire #1 sets the stage for a conflagration by slowly building the embers. We see the outcome from the onset and begin the Tarantino process of putting the pieces together. Hawkins introduces all the characters and establishes their positions on GMOs. This makes for a slower, conversation-heavy narrative, that intelligently demonstrates the science behind the controversy. Overall, it’s a decent start to a series and hopefully good kindling for the fire to come.