Will the Dark Knight Rise to the Occasion?

A thirteen minute preview for the Dark Knight Rises showed up this week on YouTube. The featurette gives glimpses at new scenes from the movie and some information on the plot. Is this new look at the movie enough to raise the excitement for the final installment of the Batman trilogy? 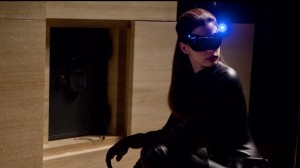 The excitement level for the film has not been as high other superhero movies this year. The costumes, the actors, the overall tone of the movie is that of a drama not a summer popcorn movie. So can this serious movie with action compete in this post-Avengers world?

The Avengers focused on superheroes and fantasy but Nolan’s Batman films have always been grounded in reality. There are no aliens trying to take over the world, there’s not a super mutated beast rampaging through the countryside, no war between gods to take over the planet, it’s about a man who is trying to make sure the tradgey he faced won’t happen to anyone else. Bruce’s quest to protect Gotham using technology and training grounds the character.

It is that grounding that has made these new Batman films appeal to more than just comic book fans. At the heart of the previous two films there is an aspect that the events in the movie could happen in the real world. Feeling that events are possible is what sets this part from the other films in the genre. Nolan has built this world of Gotham City not as an action movie with some slow dramatic moments, but as a setting for a dramatic movie with action.