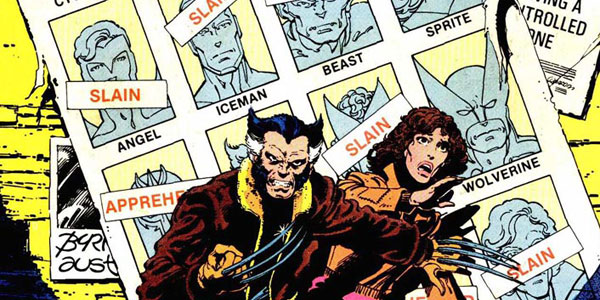 Producer Bryan Singer has revealed the next X-Men movie will be “Days of Future Past,” but will this movie go beyond adaptation and try to fix the long-suffering franchise from its own worst mistakes?

By now you’ve probably heard Bryan Singer’s recent confirmation that the next X-Men movie, a sequel to First Class, will be at least partially based on the iconic Days of Future Past storyline.  As Singer described to IGN when he made the reveal, the new movie “Deals with aspects of that comic, but also some very new things.”

The part that really intrigued me was Singer’s mention of connectivity between the X-films past and present, tying everything into the same universe in the same way Marvel Studios has done building to The Avengers.  Where the X-Men franchise stands right now is kind of vague– First Class, easily the best of the bunch– seemed to fall somewhere conveniently between reboot and prequel, so it could easily have sold itself as a “Chapter One” story if it bombed, or the start of an all-new continuity if it succeeded.

I assumed after the movie met pretty solid success at the box office, we’d see the latter take place so the X-Men franchise could divorce itself from the abysmal low points that were X-Men 3 and Wolverine Origins. What I find intriguing about doing Days of Future Past (aside from the Sentinels, obviously) is the idea of introducing time travel to this continuity. If the time-shifting from the comic story does indeed play a role in the film version of the story, could it be that Singer and Fox are going to use some paradox trickery to remain in continuity and simultaneously correct some of the mistakes the franchise has made over the last 6 years?

Singer’s first two X-Men movies were solid entries for their time. First Class, to me, was the movie that really returned on the potential of cinematic X-Men, and really revitalized the property after it crashed and burned with the impossibly dreadful third movie. I don’t know many people who have anything but contempt for that franchise-killing clunker, which painted the entire series into an inescapable corner with the wanton, haphazard killings of Cyclops and Professor X, the insulting mishandling of the Dark Phoenix story, and a litany of other smaller scale screw-ups.

Could Singer, who saw his (allegedly vastly superior) third film get butchered into the garbage that made it to the screen be using Days of Future Past as a way to autocorrect without going through the tropes of a straight reboot? It seems like an awesome concept, because much like First Class it could lead to an actual talented creative team like Singer and director Matthew Vaughn picking and choosing what elements they want to keep from the previous films and what they want to trash.  The casting of those movies was excellent, and I’d love to see most of the original team back together. But the concept of an X-Men with Cyclops dead and Wolverine in charge is so beyond stupid, drastic measures need to be taken to repair modern-day X-Men continuity.

Singer specifically name dropped Marvel’s own plans as the source for the new X-Men movie concept, but we should keep in mind that world-building was only one part of what made their cinematic experiment a success– the most important thing Marvel Studios did right was build a great cast and treat their characters with the respect they deserve.

First Class saw Fox finally moving in that direction, but right now I still only consider them halfway there, and from my perspective the only way they can regain my respect is by undoing the damage done in X-Men 3.  I think a time traveling story with some liberal use of the proverbial “delete” key over many of that movie’s lamest moments could be just what this franchise needs to move forward, while also paying respect to its admirable beginning chapters.

Also, I want to see Sentinels.