Help Dark Horse Celebrate Its 30th Anniversary by taking a Short Survey & You Could Be the Big Winner!

Have you ever wanted to attend the greatest pop culture event in the world? Well, Dark Horse Comics is now giving you the chance to party in style at San Diego Comic-Con!

To celebrate Dark Horse Comics’ thirtieth anniversary, we are offering a trip to San Diego Comic-Con that includes:

And what do you have to do to win all this, you ask? Simple: take a five-minute survey about your interests in comics and pop culture! That’s it! There’s nothing to buy!

To the many fans and readers who have been with us over our thirty years in business, we want to give something back to all those who have supported us along the way. And what’s a better way to say thank you than an all expense paid trip to San Diego Comic-Con? So come help Dark Horse Comics ring in thirty years by taking our quick survey and letting us know a little bit more yourself and you may be heading to Comic-Con International this July! 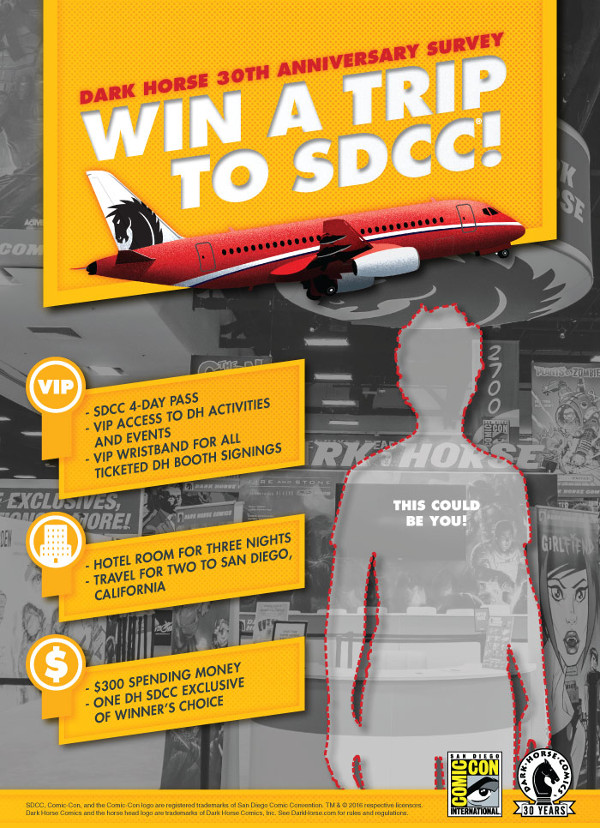