Winona Ryder To Return For Beetlejuice 2 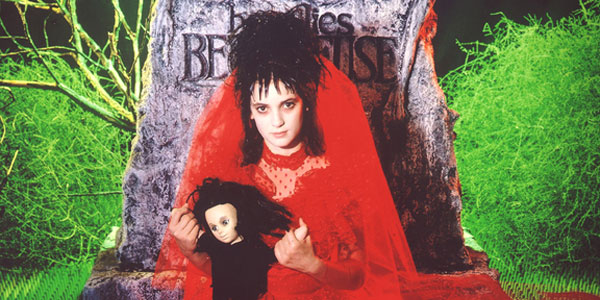 The Beetlejuice sequel is getting another familiar face.

It seems weird that we’re getting a sequel to Beetlejuice now, nearly 30 years after the original.  I can honestly say the pending return of Tim Burton to this weird supernatural universe doesn’t do much for me, but it will be kinda cool to see Michael Keaton return… and he won’t be the only one.  It looks like Winona Ryder is also prepped to return as Lydia.

Lydia Deetz was totally one of my first crushes as a kid, and I’ll readily admit I’ve spent more than a few minutes over the years daydreaming about what she would be like as an adult.  Now, I guess we’ll all have the chance to see just that, as Ryder told The Daily Beast:

“It’s not a remake.  It’s 27 years later. And I have to say, I love Lydia [Deetz, Ryder’s teenage goth character] so much. She was such a huge part of me. I would be really interested in what she is doing 27 years later.”

I’ve got no idea if Beetlejuice 2 will be worth seeing or not, but Ryder and Keaton are enough to buy my ticket, for the nostalgia factor alone.  Are you glad to see Lydia back?  And do you think she got over her Goth phase, or will she be a clove-smoking black-clad lifer?