The Wolverine Leads Us To The Future & The Past 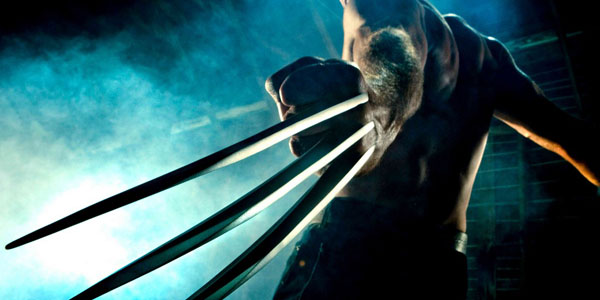 The second outing for Hugh Jackman’s Wolverine is much better than Wolverine Origins, and The Wolverine delves deeper into the character.

All the names fans of Wolverine know from his time in Japan in the comics are included in this sequel, but their parts have been mixed up a bit. The story of Logan’s time in Japan has been chronicled in versions comics, but in this tale it is wrapped up in a comic action thriller.

When the movie opens we find out that Logan was there when the US armed forces dropped the bomb on Hiroshima, and saved a young Yashida. We are then flashed forward to a broken Logan living out in the northern territories of Canada, surviving off whisky and an old radio to keep him company. He is haunted by the memory of Jean Grey, played by Famke Janssen from the original X-men films.

He is tracked by a family friend of Yashida, Yukio, and asked to come to Japan to say good by to the now old man he saved in WWII. He makes the trip to Japan and is offered to trade his healing factor for mortality. He refuses and Yashida dies, setting up his granddaughter Mariko to take over the family company. From there the audience is taken on a fast paced trip through Japan as Logan has to protect the heir of the Yashida fortune from the Yakuza, her father, and the hand ninjas lead by Harada.

The names are all there but Harada is not the Silver Samurai, Mariko is not the head of the Yakuza, Yukio is not an assassin. Those changes do not impact the overall story, the overall character journey for Logan is still the focus of the movie. When we first see Logan he is a broken man ready to die, but by the end his new relationships with Mariko and Yukio give him a new purpose and feeling of hope.

The movie moves at a good pace, even the slow parts all fit like a puzzle and are not long enough to make the audience feel like they are dragging the plot along. There is also a good amount of humor in the film, breaking up the heavy action and drama of the film. The only thing that did not work is Viper– she came off cartoony towards the end of the film. Throughout the film she was a good villain, manipulating things from behind the scenes, but in the third act of the film she donned her comic book costume of a tight green dress. Considering what was going on at that point in the film it did not make a lot of sense, and felt out of place at that point in the film.

Despite that one small criticism all the actors filled the roles of these larger than life comic book characters without feeling like a parody, and helped to move Logan into the next phase of his life, Days of Future Past. For fans of the X-men franchise it is worth it to stick through the credits to see some familiar faces return to lead us into the the next X-men film.