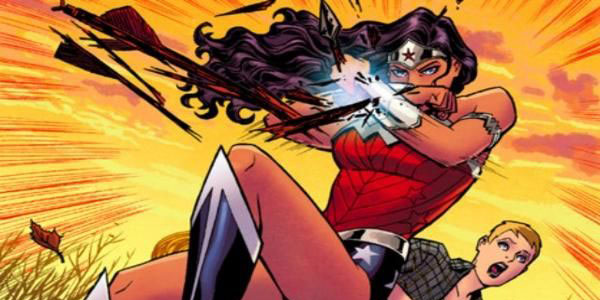 DC’s number one super heroine will be in Batman vs. Superman, apparently!

There’s been a rumor for a while that Wonder Woman would have some kind of appearance in 2015’s Batman vs. Superman (or whatever it’s called).  Many assumed she’d show up in her civilian identity as Diana Prince in a cameo, but it’s now been confirmed– she IS in the new hero mashup movie, and she will apparently be in it as Wonder Woman.

This is a long time coming, to see DC and Warner not only move past their top-two heroes in film, AND to introduce what could be the first big screen female super hero (at least one that isn’t Halle Berry’s Catwoman).  It’s high time we had a female fronted super hero franchise on par with the boys, so this is good news to me!

Gal Gadot, from the Fast and Furious series has been cast as the Amazonian Warrior, and while the car racing series proved she’s capable of the action required for this role, I’m curious to see what she can actually do in this likely meatier role.  Zack Snyder (obviously) had nothing but nice things to say about her:

“Wonder Woman is arguably one of the most powerful female characters of all time and a fan favorite in the DC Universe. Not only is Gal an amazing actress, but she also has that magical quality that makes her perfect for the role. We look forward to audiences discovering Gal in the first feature film incarnation of this beloved character.”

There’s still a lot of questions, obviously.  I’m curious which version of Wonder Woman we will see?  Personally, I think the wonderful New 52 revamp by Brian Azzarello would be tailor made for a smart, big budget blockbuster.  Either way, if she is being introduced in the confines of Batman vs. Superman, we are most likely going to be spared an origin movie, so whatever we get would be a step up over most super hero franchise launchers.

Batman, Superman, Nightwing, Wonder Woman… and that’s not even touching on any bad guys– I’m starting to get more and more curious as to how all these pieces will come together in one movie!