Wonder Woman Might Be From Krypton In ‘Batman vs. Superman’ 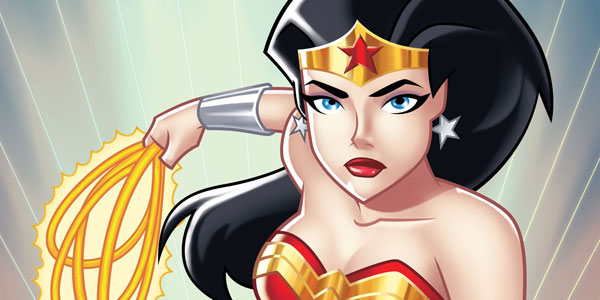 Batman On Film is reporting a rumor (yes, this is thankfully JUST a rumor for now) that the Wonder Woman who appears in Batman Vs. Superman will be from Krypton.  Allegedly, not only Diana, but all of the Amazons are to be descendants of the first wave of Kryptonians to visit Earth, as mentioned in Man of Steel.

It’s hard to express how much I want this to stay nothing more than an unsubstantiated rumor.  It’s such a terrible idea, but one that seems clean and “clever” enough to impress the suits at Warner Bros.  The fact that it seems like this is an idea Warner would get behind is what gives me the creeping feeling it just might come to be.

Which is a problem, in that it all but guarantees the future DC films will not improve.  There’s a lot of reasons Marvel is doing so incredibly well on the big screen, but one of the most important is that they respect their characters, and do what they can to bring the definitive versions of them to life in their movies.  Warner and DC have shown little of this respect toward the inhabitants of the DC Universe, and this Wonder Woman idea carries on that trend by damaging TWO of the core heroes of the DCU.

Obviously, this new origin is VERY insulting to Wonder Woman.  One of the first, and still best female super heroes has always been her own character, as independent as she needs to be from her fellow heroes.  This new idea ties her back story directly into Superman’s, making her very existence reliant of him.  That’s just shitty.

But this concept also robs Superman of one of the most important features of him, too.  Kal-El can hardly be the Last Son of Krypton if there’s a whole tribe of Kryptonians a few hundred miles away.  All of a sudden, Earth’s adopted hero isn’t alone anymore… which would be fine, except that was already the plot of the first movie.

I’m all for seeing Wonder Woman on the big screen, she’s long due.  I’m even kind of okay with her film debut being a spot in this ensemble movie, allowing her to (hopefully) springboard into her own solo movie.  It’s not the gutsiest move to make, but I get why DC and Warner would want to test the waters with the character this way.

But if this new origin, with its crude mishandling of our characters and general lack of creativity is true, I don’t know if I can even support Batman vs. Superman.  With how much is being thrown into the pot in this movie– Lex Luthor, Batman, Superman, Wonder Woman, Nightwing– it’s already running the risk of being an unwieldy, clunky mess of a movie.  But I’m hoping that for all its bloat and excess, the movie at least treats its characters right, that it nails who they are, and that it makes me want to see more of them on the screen.