Wonder Woman Wows Before The Movies 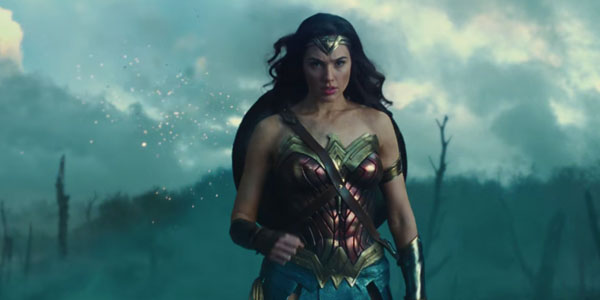 The saying “fool me once…” comes to mind, but DAMN Wonder Woman looks amazing!

Fanboys tend to jump off the wagon at the drop of a hat, and run to jump right back on as soon as things look good. DC has had some issues with their movies, and it has almost everything to do with Marvel. Everyone in the world says well it was good but not as good as the last Marvel movie. That is true, but then you get people saying no they are too different to compare. Really? Really fanboys? This image is a perfect example of how alike things are when talk about Marvel vs. DC. It is not a perfect one to one, it is show how much things are alike for both comic book worlds. So saying the Marvel movie was better is a fair comparison. DC even does this in their TV world, while Arrow was a great beginning to all the DC TV,  Oliver as become a carbon copy of Batman in the last few seasons, only slightly resembling the Green Arrow of the comics.

Ok so what does this have to do with the Wonder Woman trailer? Well it looks amazing, and from the start I thought the casting was perfect, but it is not enough for me to say I’m sold. After seeing the Comic Con footage of the Suicide Squad I was all hyped up, I even bought the soundtrack during the show, but then I saw the film. It was ok, but the trailer got my fanboy blood pumping faster than the film. I also want to add that I love DC, everything in my house has something Nightwing or Batman on it, so i want nothing more than the best DC stuff on TV and the movies.

I had the fanboy reaction about Wonder Woman, but then reality set in and all i thought was we will see.

So what do you think? Was this enough to hype you up? Or are you ready for the trailer to be better than anything we see in the movies?