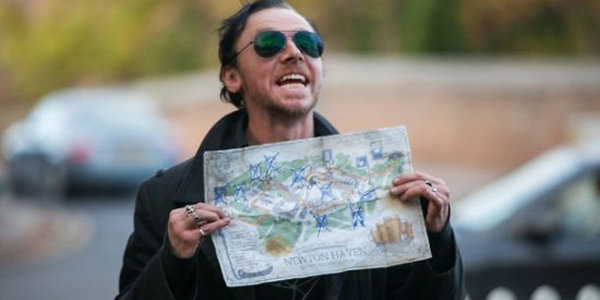 The World’s End will hit Comic Con harder than a hangover later this week… and there are 12 new pub signs to be on the lookout for around San Diego.

Over the last few days, 12 websites have each revealed one all-new sign from one of the pubs that make up the Golden Mile in The World’s End.  These new images are insanely awesome, replicating the look of the aged, wooden signs you would only see in real salt of the Earth kinda bars.  I haven’t even begun to determine which I love the most.

These 12 images will also play a role in The World’s End at Comic Con– attendees will search for trading cards featuring each of these signs during the scavenger hunt in the Gaslamp District, for a chance to get in to an advance screening of the movie.  Having seen Edgar Wright’s Scott Pilgrim screening back in 2010, I can tell you this– you DON’T want to miss one of his screenings at Comic Con!

Follow @TheGoldenMileCC on Twitter and The World’s End on Facebook to keep up with the latest from Comic Con… and check out all 12 signs in the gallery below.  You can also click on the links to see bigger version of each poster… amazing!! 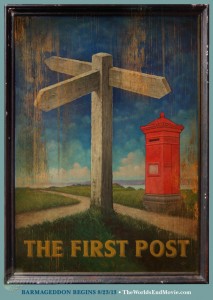 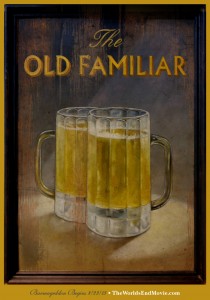 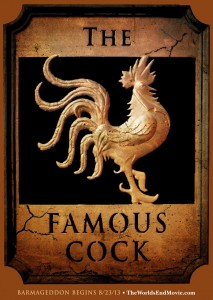 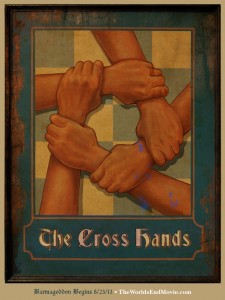 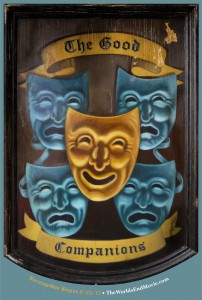 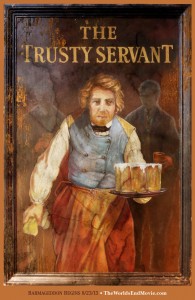 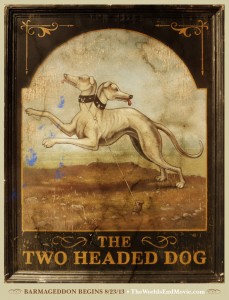 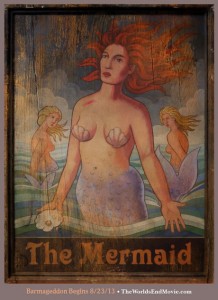 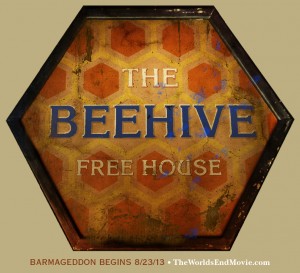 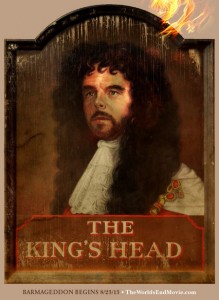 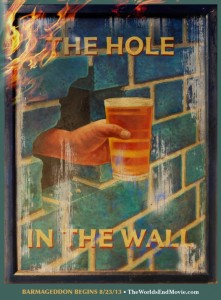 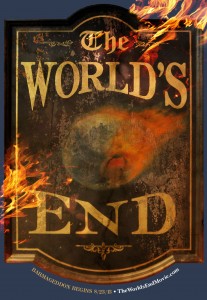