How Many Writers Does It Take….? 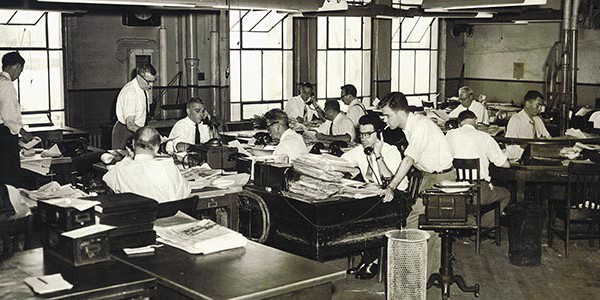 The only constant in comics is change.

For better or for worse, change happens in comic books. These changes can be anything from revamping history to exploring further details of a storyline. They are usually referred to as retcons. It really is part of the nature of comics. These are characters that have been around for decades and you sometimes need to make changes to keep them fresh and current. Sometimes you don’t.

Sometimes the changes work and stick around for a while until the readers just assume this was the way it has always been. Other times the changes are made to align with a business decision, which I’ve pointed out in a previous article. But change happens.

I’m not writing this to say this is a bad thing, as there have been many times where characters have been changed and I’ve quite enjoyed these changes.

I just find it interesting sometimes that they happen.

I was reading one book where the writer at the time spent 5 years building up the main character’s storyline and then that writer left the book to pursue other endeavors. Along comes a new writer on the book and just totally destroys this entire world that’s been built up in 5 years, in only 5 issues. It ticked me off at the time. But I only had 2 opinions I could do: Accept it or drop the title. I choose to drop the title. I do know of some people who were not into the first writer, but picked up the title when the second writer took over. Like I said, it happens.

There was another series I read where one of the supporting characters background was never really explored. When this secret history unfolded before eyes, I was totally blown away. To this day, it remains one of storylines. To others, they found it to be a cheap stunt.

You’ll have to forgive me for being extremely vague and not citing specific examples, but I don’t want to go and point fingers here. That’s not the point.

The point is: Change happens.

Let’s face it, as much as we fight change, how boring would it be if the characters didn’t evolve. Can you imagine how well the Dick Sprang Batman stories would play today? I don’t think they would and that would hurt sales.

So while I’m not saying just roll over an accept changes made to one of your favorite books, I’m also not saying you should throw a tempter tantrum over it.

I’m just saying that you need to accept the fact that when it comes to comic book, changes will happen. What you do when that changes happens is totally up to you.