The X-Files Gets A Season Ten (In Comic Book Form) 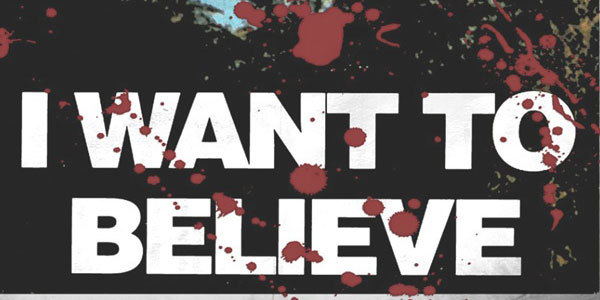 Over the past year, I’ve been re-watching The X-Files again, and like every time I am blown away by how fantastic a show it really was.  Sure, not every episode was a home run, but overall the series was so good, unleashing talent in front of and behind the camera, and blazing the path for smart, challenging TV shows that helped lead to the current “Golden Age” of television.

It feels like now would be a good time for X-Files to step back into the mainstream– a lot has happened since the series ended in the early ‘oughts, and I guess I’m not the only one who feels that way.  Last month, IDW announced an all-new X-Files comic series launching this Summer, but that announcement got much more intriguing as X-Files creator Chris Carter was revealed to be involved… and that the comic series would BE “Season 10” of the X-Files.  Fans of Buffy and Angel have seen something similar with Dark Horse’s canonical comic series, but for some reason X-Files seems like a bigger deal to me.

The new series kicks off with a story arc called “Believers,” which sounds like it will be a “someone’s killing the old gang”/ “let’s get the old gang back together” kind of thing:

In the opening story arc, “Believers,” readers will catch up with Dana Scully and Fox Mulder, living normal lives together under secret identities. However, a visit from an old friend threatens to rip them from suburban anonymity, as they learn that someone is preying upon everyone involved in THE X-FILES. Prepare to revisit familiar faces—some very unexpected, threats old and new, and an intriguing mystery designed to return the beloved franchise to its former glory!

I don’t know much of writer Joe Harris’ work (apparently he wrote the tooth fairy horror movie Darkness Falls), and I’m equally unfamiliar with Michael Walsh’s art style, but I think I’m sold on reading at least the first story arc for the concept alone.

I re-watch the first nine seasons of X-Files every few years, and it’s always great to revisit… but it’s very exciting to know that pretty soon, the story will move forward once again!