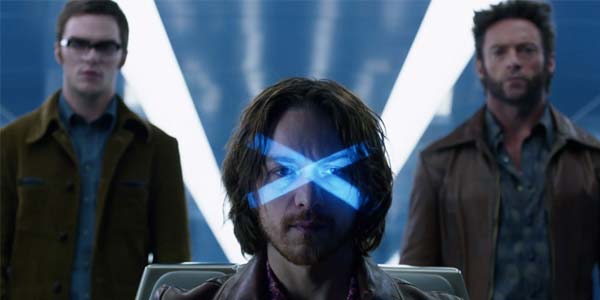 Hopefully good things DO come in threes, as the new wave of X-Men movies finally have something to measure up to.

Simon Kinberg– the man partly responsible for some of the best AND worst of the X-Men films– shared some bigger picture ideas about X-Men: Apocalypse, which he now describes as the final film in a trilogy of X-Men prequel stories.  Speaking to Yahoo Movies, Kinberg said:

The thrust of ‘Apocalypse’ is really to complete the trilogy we began with ‘First Class’ – to complete the stories of young Raven, young Hank, younger Charles and Erik. And complete this trilogy of four people who began the films sort of disparate and in different worlds…[and who] we’ve followed through the span of decades. So that’ll be the thrust. There will be familiar characters and new characters that we haven’t seen…ever…but it’ll be the completion of what we began in ‘First Class’.

I guess that makes sense, especially the “one movie per decade” format we’ve seen since First Class.  It also makes sense because it seems unlikely Fox would be able to hang onto now-big time stars like Jennifer Lawrence and Michael Fassbender forever, so now they’ve got a nice way to retire these performers from the franchise, if not the characters themselves.

See, that’s the cool thing about the X-Men movies now, and why they’re suddenly interesting again… Sure, the bad moves made by garbage movies like X-Men 3 have been erased in the current timeline, but so has everything else, leaving the possibilities wide open for where the franchise goes from here.

We changed the timeline for everything that came after ‘DOFP’ – so ‘X-Men 1’, 2 and 3, even ‘The Wolverine’. So Jean [Grey] was not killed in ‘Last Stand’, nor was Scott, and a whole lot of other things rippled.

So yes, I’m glad that Jean and Scott are still alive.  But I’m even more glad that this means we can maybe someday see the Phoenix Saga told on the big screen, in a way that does it justice.  And it also means Apocalypse will be unique among prequels… because it’s really kind of not anymore– characters can die, the status quo can change, and even though the movie is set in the past, it’s effects can and will be felt throughout the X-Men universe going forward.