X-Men Days of Future Past Gets Covered By Empire Magazine 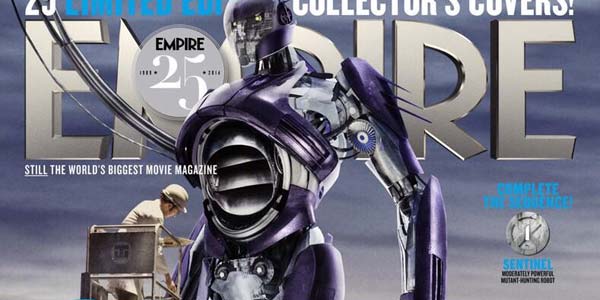 25 character covers from the new X-Men movie is probably 25 too many.

I don’t want to be down on X-Men: Days of Future Past.  The movie promises to adapt one of the greatest X-Men stories of all time, and it’s coming off the heels of First Class, which was the high point of the whole X-movie franchise.  But dammit, everything we’ve seen from the new mutant mega-saga just looks so dated (doubly ironic, considering the movie’s futuristic setting).

The character designs, all black and militaristic and dark, feel like an extension of Bryan Singer’s early 2000’s designs, a boring design aesthetic we’ve gotten over thanks to series like Sam Raimi’s Spider-Man and Marvel’s movies.  These days, super heroes can look like super heroes on the big screen, and nobody has to feel bad about it.

Sadly, the dull design trend appears to be in full effect in many of the 25 (!!!) DOFP covers Empire Magazine has been revealing today on Twitter.  The designs range from boring (welcome back, Wolverine in black leather) to silly (whatever Toad and Quicksilver are supposed to be wearing), and none of these styles feel the least bit fun or exciting to me.

I will say this– the look of the characters doesn’t matter at all as long as they’re well-portrayed.  The first X-Men movie, while not great, proved that by nailing the characters, even if they looked like extras from The Matrix.  So I won’t judge the new X-Men crossover based on lousy costumes alone, and I’ll try to remain open minded.

But it still stings, especially after the teases we saw of some actual great character designs like the yellow and blue jumpsuits in First Class and the deleted scene at the end of The Wolverine which finally realized the mutant’s classic costume in a perfect way.  It’s like Fox flirted with getting it totally right, and then freaked out and ran all the way back to 2000 with the look of their new movie.

I feel that Bryan Singer understood the X-Men as characters in his films, but never really got how to make a comic book movie.  Part of that I credited to the time, since he was at the forefront of the modern comic book movie era, but based on these new pictures, he still hasn’t learned 14 years later.  That criticism isn’t a deal breaker on this movie for me, but it leaves me struggling to get excited.

You can see the images revealed so far HERE… Empire is rolling them out one per hour so check back anytime life gets too exciting and you need something to cool you down and leave you mildly underwhelmed.