The Version Fans Have Been Waiting For hits Blu-ray™, DVD and Digital HD July 14!

Includes an Alternate, Never-Before-Seen Cut and Nearly 90 Minutes of New Special Features, as well as the Theatrical Version 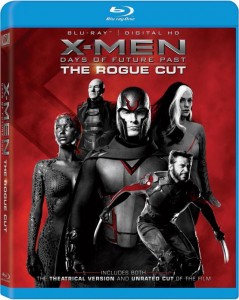 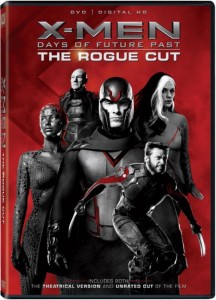 Twentieth Century Fox Home Entertainment will take you back in time for an all new experience as the X-Men: Days of Future Past Rogue Cut hits Blu-ray™ and DVD July 14. Fan-favorite mutant Rogue, played by Anna Paquin, finally joins the all-star cast, including Hugh Jackman, Michael Fassbender, James McAvoy, Halle Berry, Jennifer Lawrence, Ellen Page, Ian McKellen and Patrick Stewart, as they prepare to battle the Sentinels!
With a never-before-seen, alternate cut of the film—plus nearly 90 minutes of all-new, immersive special features, The  X-Men: Days of Future Past Rogue Cut takes you deeper into the X-Men universe than ever before. Rogue makes her return as the all-star characters from the original X-Men film trilogy join forces with their younger selves and unite to battle armies of murderous Sentinel robots who are hunting down mutants and humans alike!
Packed with an all new cut of X-Men: Days of Future Past and nearly 90 minutes of new content, the Rogue Cut is the ultimate fan collectible! Go behind-the-battle for Earth with the definitive documentary “Mutant vs Machine” or look into the future with a sneak peek of the new Fantastic Four film.