What Is Going On With The X-Movies? 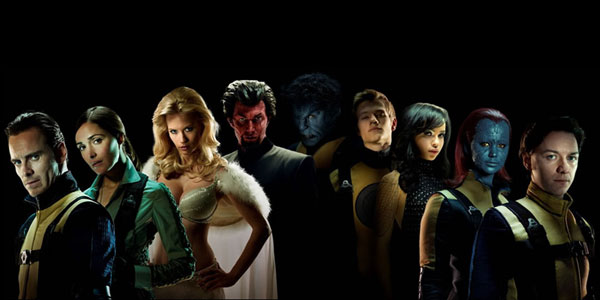 New developments have surfaced for both The Wolverine and X-Men: Days of Future Past that seem head-scratching, at best.

It turned out to be a busy day regarding Fox’s X-Men franchises, as some new– and downright strange– twists have come about in the development and concepts behind the new Wolverine movie as well as the First Class sequel.

On The Wolverine front, Empire ran an exclusive interview with director James Mangold, in which he states his movie is NOT a prequel, with at least part of it taking place after the events of the wretched X-Men 3.  Here’s Mangold’s words, from Empire:

“Where this film sits in the universe of the films is after them all,” reveals Mangold. “Jean Grey is gone, most of the X-Men are disbanded or gone, so there’s a tremendous sense of isolation for him.”

I was very hopeful that Fox would retcon the multitude of mistakes they made with X-Men 3, via the time-traveling paradox that Days of Future Past had to offer, but based on what Mangold said here, the events of that rotten movie seem to still be considered very canon to the franchise.  The other disappointing blow of this double-whammy is the recent photos which reveal Logan with bone claws, something that would make any comic fan who made it through the muddled late 90’s X-comics roll their eyes.

In other X-news, Matthew Vaughn is apparently out as director of the sequel to his First Class.  This comes as a disappointment, mostly because his installment has so far been the unexpected high point of the series, but it’s not so unexpected– the notoriously flighty director jumped ship off X-Men 3, Thor, and even First Class early on in the process.  The latest word has it Bryan Singer may be coming back to the director’s chair, which I guess can be a good thing.  His first two X-Men films were outstanding for the time, but have not aged gracefully since.  Singer has always at least claimed great reverence for the right characters (even if his Cyclops perpetually got the short end of the stick), and while his earlier X-movies don’t have that same pizzazz ten years later, there’s certainly nothing as offensive as later movies like X3 or Wolverine: Origins going on in them.

Who knows is Vaughn’s departure will stick, or if Singer will actually come on board? At this point it’s all a guessing game, although Fox’s recent decision to marry their Marvel properties into a single continuity– which worked brilliantly for Marvel Studios– is likely behind at least some of these transpirings.