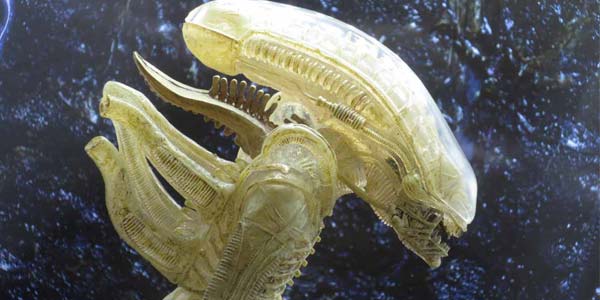 NECA delves deep into the production history of Ridley Scott’s Alien for their first, ever Aliens Concept Figure.

The latest wave of Aliens figures saw the release of two creatures from AvP, but there’s a third, even more interesting figure also in the mix… a translucent white re-imagining of the Big Chap from Alien.  Obviously, this version of the monster never made it to the screen, but its behind the scenes story was really interesting.

We all identify the Xenomorphs by their shiny black, bug-like exoskeleton, but Ridley Scott’s first concept for the creature included a bone-colored pallet (not unlike the Space Jockey), and a translucent exoskeleton.  That latter feature was going to work with another, super gross feature of the original costume– live maggots were originally inserted between the layers of the costume, so beneath its shell, every inch of the Alien would be in perpetual, creepy motion.  It was reportedly a site to behold, nauseating more than one production worker.  That alone wasn’t enough reason to scrap this suit, though.  The maggots were abandoned after the heat of the studio lights proved to be too much for the insects, causing them to die inside the suit.  And ultimately, the material used for the translucent exoskeleton proved to be too restricting, not allowing for the range of motion needed for the movie’s creature.

It was after those tests that the production team went back to the drawing board and developed the slimy black Xenomorph we recognize today.  In a different world, the screen tests for the clear Alien would have succeeded, and the Alien we all know and love would be a surprisingly unique sight to behold, quite different, considering it’s the same design only with different colors.

NECA’s prototype Big Chap pays tribute to this fascinating corner of Alien‘s production, and just like the original suit itself, the figure winds up looking remarkably distinct, even though it’s a straight repaint of the film-based Big Chap figure.  The color work on this figure is remarkable (and remarkably gross).  Big Chap is cast almost entirely in clear plastic, which is then layered with bone white base paint and a subtle brown wash which adds depth and accentuates the intricate details of the sculpt.  All of this combines to give the prototype Alien a nasty, maggot-like appearance, which I think is actually way creepier than the black design.

One of the things I love most about NECA is how much fun they have, developing clever figures like this one, which serve as interesting offshoots of their core toy line.  The prototype Big Chap is one of the coolest, as it breaks the fourth wall of the Aliens collection to bring us “behind the scenes.”  And when the end result of that look behind the curtain is such a cool, creepy, unique figure, it’s hard to not be on board.  The prototype Big Chap and the rest of Aliens Series 7 are available now.  Look for them at specialty retailers, Toys R Us, or NECA’s eBay store. 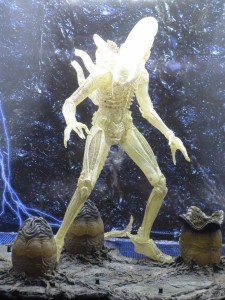 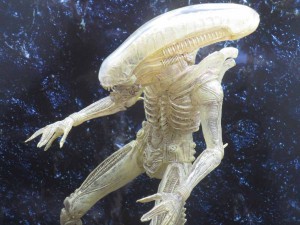 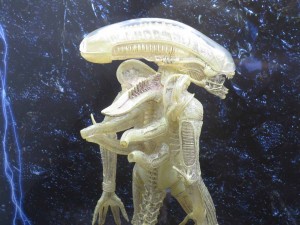 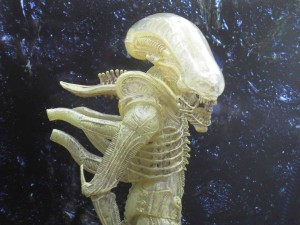 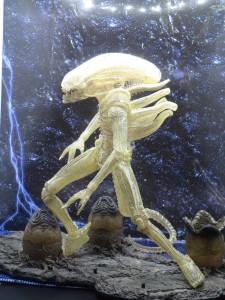 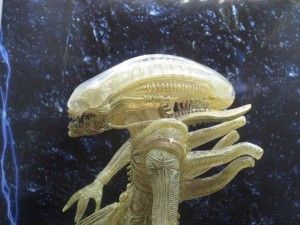 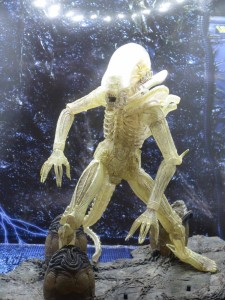 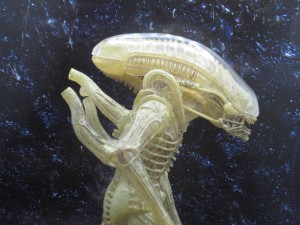 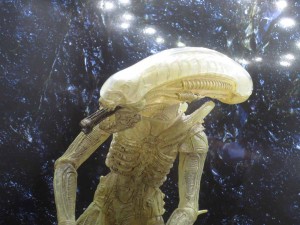 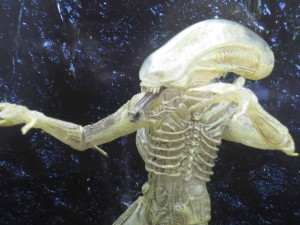 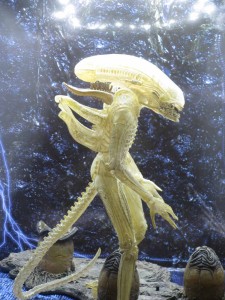 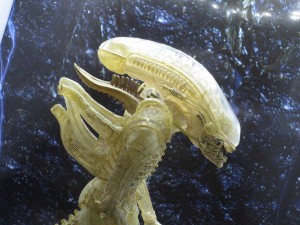 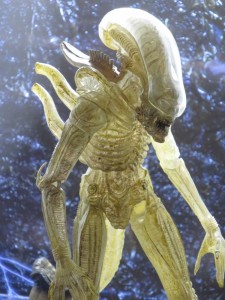 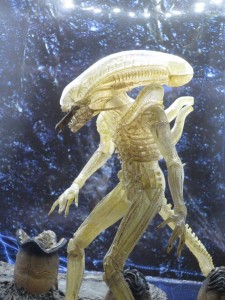 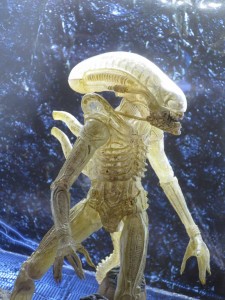 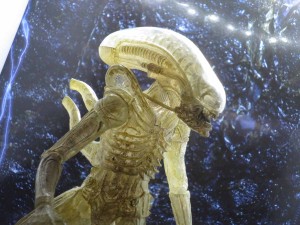