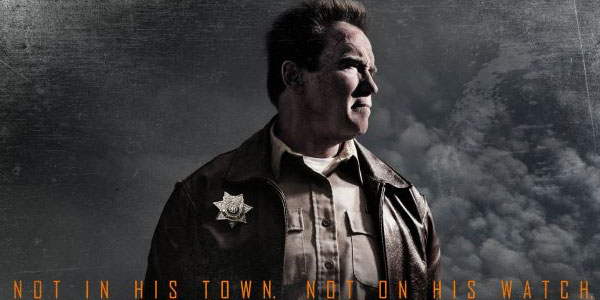 Schwarzenegger returns as leading man and Jee-Woon Kim makes his American debut… and this is it?

I hate sounding like some kind of art house snob when it comes to movies (there’s an Expendables 2 ticket with my name on it this weekend), or a typically pessimistic naysayer, but man– The Last Stand trailer is not selling me on this movie.

Of course the big sell here is Arnold’s return as a full-on action hero, and I do like seeing him grizzled and a decade older, playing what appears to be a more age-appropriate hero than a relentless killing machine, but Schwarzenegger’s return is what it is, as far as I’m concerned.  And call me crazy but I can almost see potential in a buddy movie setup with him and Johnny Knoxville, shamelessly mugging his way through a storm of gunfire.

What bums me out way more about the overall generic-ness of this trailer is Jee-Woon Kim.  The South Korean director has some serious directing chops– he’s made some incredible movies over the past ten years like A Tale Of Two Sisters, I Saw the Devil and The Good, The Bad, The Weird.  I was hoping he’d hit Hollywood with a splash, but what this trailer shows of his domestic debut feels like stumping.

I hope I’m wrong, but it doesn’t matter either way… the return of Arnie would probably motivate me to add this flick to the Netflix queue at some point, but Kim’s name will guarantee my ass in a theater seat on opening weekend.