YES, Hasbro Made an Age Of Ultron Vision Action Figure 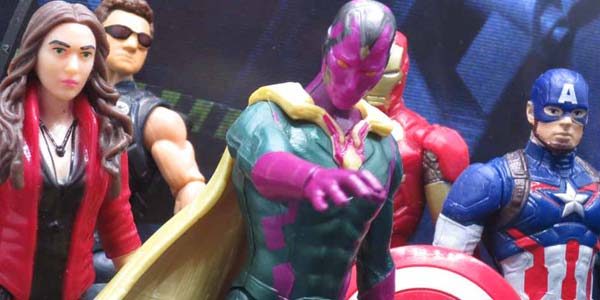 Were you even aware??

Avengers Age of Ultron had a really big cast, so it sort of makes sense that every character was not going to be able to share equal face time when it came to merchandising, but The Vision most certainly got the shortest shrift of anyone.  This guy not only served as a key component of many of the movie’s best moments, but he’s been a long-time staple of the Avengers team in the comics, so his lack of presence in the toys, merch, and marketing of Age of Ultron seemed odd.

I think this mostly had to do with the fact that Joss Whedon and his team were trying to keep The Vision under wraps, at least to a certain point.  By the time the veil of secrecy started to wear through, it was simply too late to include the synthezoid hero in most of the film’s pre-release marketing, including the action figure line from Hasbro.

There’s proof of my theory– Hasbro actually did release a Vision action figure, part of their 3.75″ Avengers toy series… though he was included in the third and final wave of figures, which has thus far seen only limited distribution.  That’s a shame, because, despite his limited articulation, Hasbro’s Vision is a pretty great toy.

The Vision features an entirely new sculpt, which includes all of his cinematic details, right down to the patterning etched into his cape, reminiscent of a computer circuit board.  The green used for Vision’s “costume” has a great metallic finish which works incredibly well for the figure’s style– I wish the 3.75″ Ultron had used a similar metallic finish, which would have connected him more closely to the other figures in Hasbro’s over-arching 3.75″ Cinematic Universe collection.  But at least The Vision fits pretty well alongside his fellow plastic Avengers.

One thing that does limit this figure is his articulation.  Like the 3.75″ Scarlet Witch, Vision was released as part of the Age of Ultron basic series, and as such only features five points of articulation– a ball socket neck, cut shoulders, and a t-crotch.  In light of the gorgeous sculpted details of this figure, it’s a shame that his articulation is so limited.  And Vision is a character who certainly could have benefited from a more robust range of motion– not only could more articulation allow him to strike many more heroic poses, but points of articulation at the knees and ankles would have also afforded him the very useful ability to be posed in mid-flight, as he’s one of the few aerial characters in Marvel’s cinematic universe.

As far as I’m concerned, I’d prefer a great looking– if limited– Vision figure than nothing at all, and so just like the Scarlet Witch I am happy to have him join the 3.75″ Avengers collection.  Tracking this guy down can be a challenge, as retailers have all but abandoned the 2015-centric Age of Ultron toy line at this point (this is always the risk companies run with characters added to their movie toy lines late in the game).  I lucked out while Walmart.com had the figure in stock… but if you’re looking to complete your cinematic Avengers, there’s a number of listings on eBay for a few bucks more than standard retail price.  And if you’re willing to take your chances, the Age of Ultron toys should be hitting discount retailers like Five Below and Big Lots very soon, and it is quite plausible the Vision wave will surface at one of these outlets.  In any event, it should be known The Vision is a worthwhile addition to this toy line, despite his reduced articulation.  He’s worth the chase… trust me. 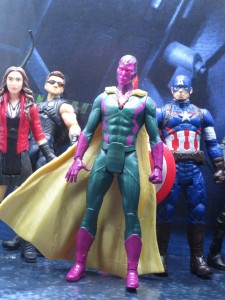 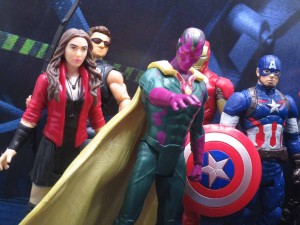 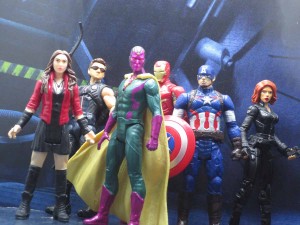 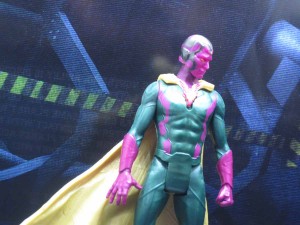 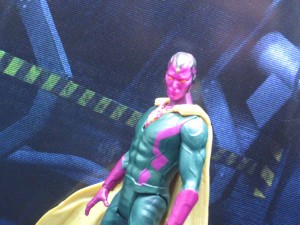 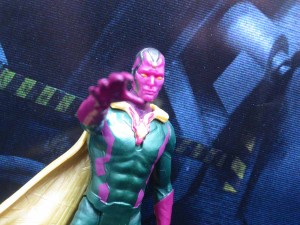 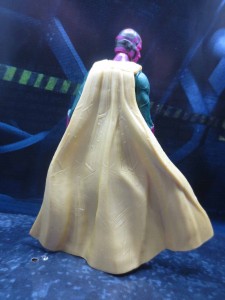 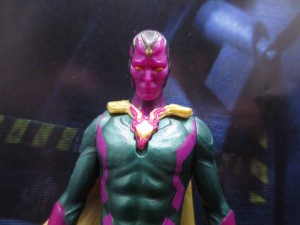 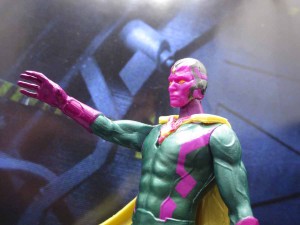 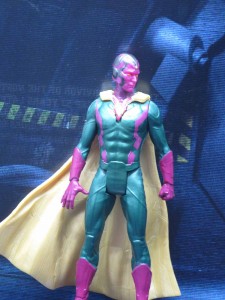 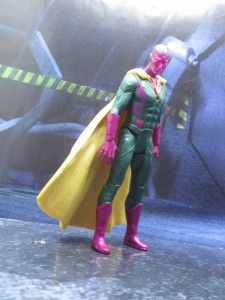 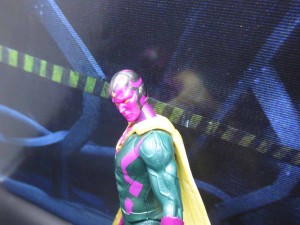 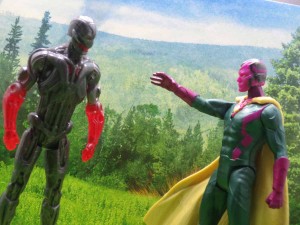 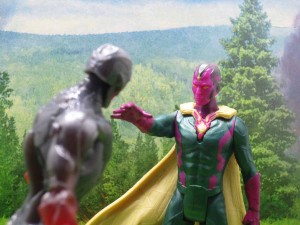 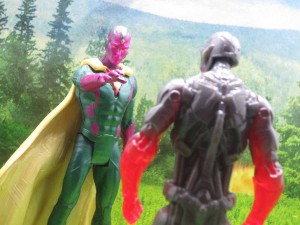 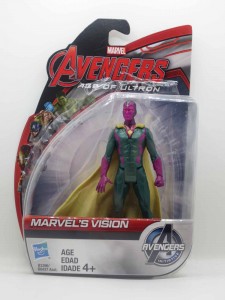 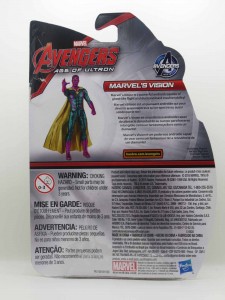